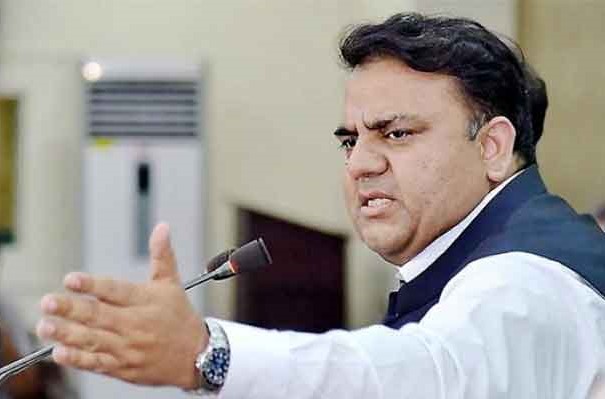 Pakistan Tehreek-e-Insaf (PTI) leader Fawad Chaudhry has said that Senator Azam Swati’s son has shown fear of his assassination in a police encounter tomorrow when he’ll be presented in court.

PTI leader said that dissolving provincial assemblies was the prerogative of the Chief Minister of the province.

Fawad, speaking on Azam Swati’s matter said that if Azam Swati did not get justice and he spoke harshly then he was arrested again. He asked what kind of system was going on. He told that Swati’s son called Imran Khan crying that they have information that tomorrow Swati will be killed in a police encounter while being presented in court.

Speaking to the media at Zaman Park Lahore he said that Speaker National Assembly will be asked to accept PTI’s resignations. He said that the ticket process for seats in the next elections will be started and the opposition will be asked to present names for interim setup. He told that Imran Khan will meet Pervaiz Elahi tomorrow.

He said that PTI Chairman Imran Khan has called an important party meeting of the parliamentary party on Friday. He also said that they have only one demand of announcing new elections and dissolving the national assembly as well.

The former federal minister further stated that political instability was causing harm to the country as a delay in elections would not hurt PTI but Pakistan’s loss cannot be afforded. He stated that the Country’s economy was at stake and immediate elections were need of the time

He informed that a meeting of PTI’s senior leadership was held today and a parliamentary board will be constituted over the situation. He said that 567 seats will be vacant after resignations.

Criticizing the Election Commission of Pakistan (ECP) he said that ECP should not become PML-N’s spokesperson and play its constitutional role. He also said that they did not want to demolish the government but the purpose was to save Pakistan. He said that PTI party members in Sindh and Balochistan will resign from their seats and according to the constitution elections will have to be held within 90 days.