Syed Ali Gilani was the leader of masses, a crowd puller, an intellectual, deep thinker, visionary, brilliant and an articulate scholar and above all an institution by himself. He will always be remembered for his boldness, fair play, straightforwardness and his oratory skills. With his death an era has ended 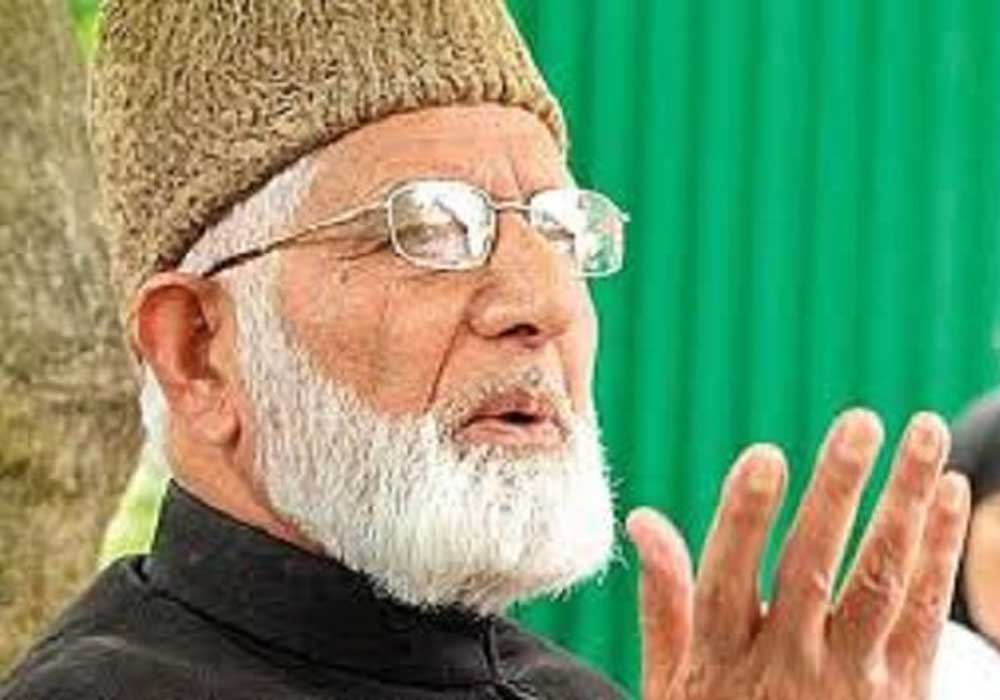 Veteran Hurriyat leader and icon of the Kashmir freedom movement, Syed Ali Gilani embraced martyrdom while in detention in Srinagar on September 1, 2021 at the age of 92. His demise brought to the end an era of valour, courage and resistance against oppression and subjugation.

Syed Ali Gilani, who had already been suffering from multiple ailments, remained under house arrest from 2010 till his death. This prolonged house detention took a heavy toll on his health. On the orders of the Indian government in 2015, the residence of the veteran leader was converted into a sub-jail and the order was still in vogue when he breathed his last. After converting his residence and office at Hyderpora into a sub-jail, police also restricted the use of mobile and telephone services and barred the communication of the Hurriyat leader and other office-bearers with the outside world.

The occupation authorities had not only kept Syed Ali Gilani confined to his residence but also denied him proper medical care. As a result, he developed serious complications including breathing problems due to chest congestion in the afternoon of September 1, 2021 and passed away at 10:30 PM.

The veteran leader began his political career in 1950. He remained associated with the Jamaat-e-Islami Jammu and Kashmir for the most part of his life but later founded his own party, Tehreek-e-Hurriyat Jammu and Kashmir. He led the All Parties Hurriyat Conference and quit the pro-freedom amalgam on worsening of his health condition.

Syed Ali Gilani all along his life strived for the cause of freedom of Kashmir from Indian illegal occupation. He remained at the forefront of the Kashmiris’ struggle for the right to self-determination. He always advocated the resolution of the Kashmir dispute in accordance with the Kashmiris’ aspirations and the relevant UN resolutions on the issue.

Syed Ali Gilani was a staunch opponent of the Indian illegal occupation of Jammu and Kashmir and his stand on the Kashmir dispute invited the wrath of the Indian authorities. He spent more than 13 years in Indian jails. He was first imprisoned in 1962 and was even booked under sedition charges for challenging India’s illegal occupation of Jammu and Kashmir. Indian rulers were even afraid of his dead body. It is evident from the fact that the Indian forces’ personnel snatched away the body of the veteran leader from his family and forcibly buried it in the darkness of the night in a local graveyard at Hyderpora around 300 meters away from his residence – preventing the family from fulfilling his will of burying him at the Martyrs’ Graveyard at Eidgah in Srinagar.

Syed Ali Gilani was the leader of the masses, a crowd puller, an intellectual, deep thinker, visionary, brilliant and articulate scholar and above all an institution by himself. He will always be remembered for his boldness, fair play, straightforwardness and his oratory skills. With his death, an era has ended.