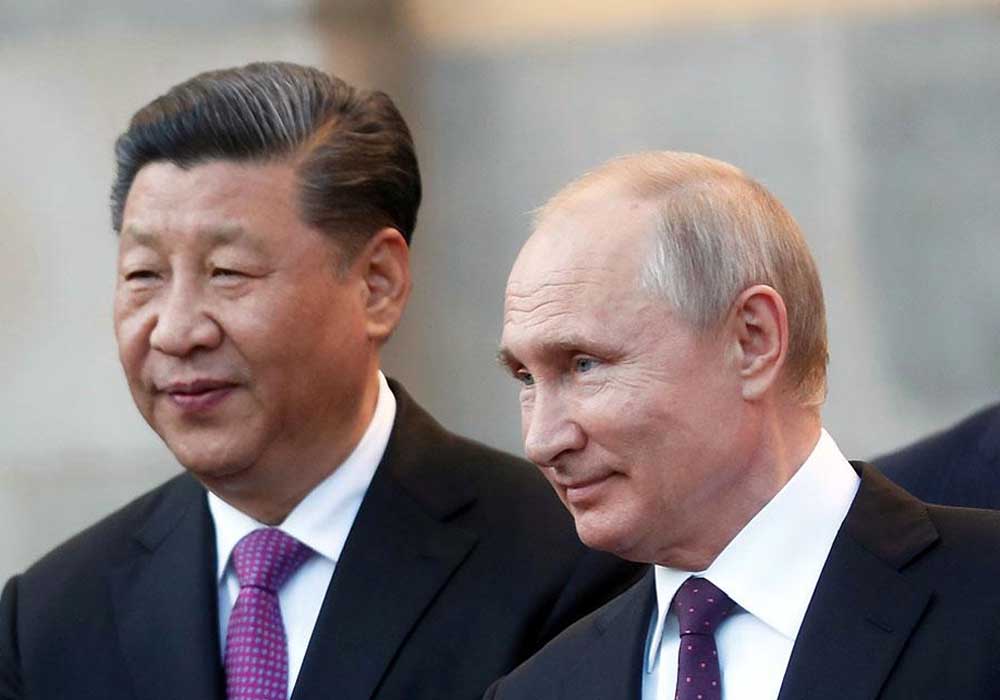 Taiwan has warned that Russia-China ties were harming international peace and the international community should resist the expansion of authoritarianism.

Foreign Ministry of Taiwan has said in a statement that it condemned Russia for ‘following the authoritarian expansionist government of Chinese Communist party that has continued making false statements at international venues demeaning their sovereignty’.

The Foreign Ministry also said, “(Russia) calls those who maintain peace and the status quo provocative, which highly demonstrates the harm caused by the alliance of Chinese and Russian authoritarian regimes on international peace, stability, democracy and freedom.”

Russian and Chinese presidents have hailed their strategic ties in defiance of the West during their first face-to-face talks since Ukraine conflict at Samarkand.

Chinese President Xi told Putin that he was willing to make efforts with Russia to assume role of great powers. Putin had reiterated Russia’s support to China over the Taiwan issue wherein the latter claims that Taiwan is its territory.

Taipei has been rattled by Beijing to follow Moscow’s lead to invade a neighbor that has been threatened since long.

China and Russia have come closer as part of “no-limits” relationship as a counterweight to United States’ global dominance. Under Xi, the sabre-rattling of Beijing towards Taiwan has intensified.

US House Speaker Nancy Pelosi’s visit to Taipei in August had sparked tensions between China and Taiwan after which Beijing had showed an unprecedented show of force in a furious response. Chinese warships, missiles and fighter jets around Taiwan had taken up drills which was condemned by Taipei calling that as preparation for invasion.