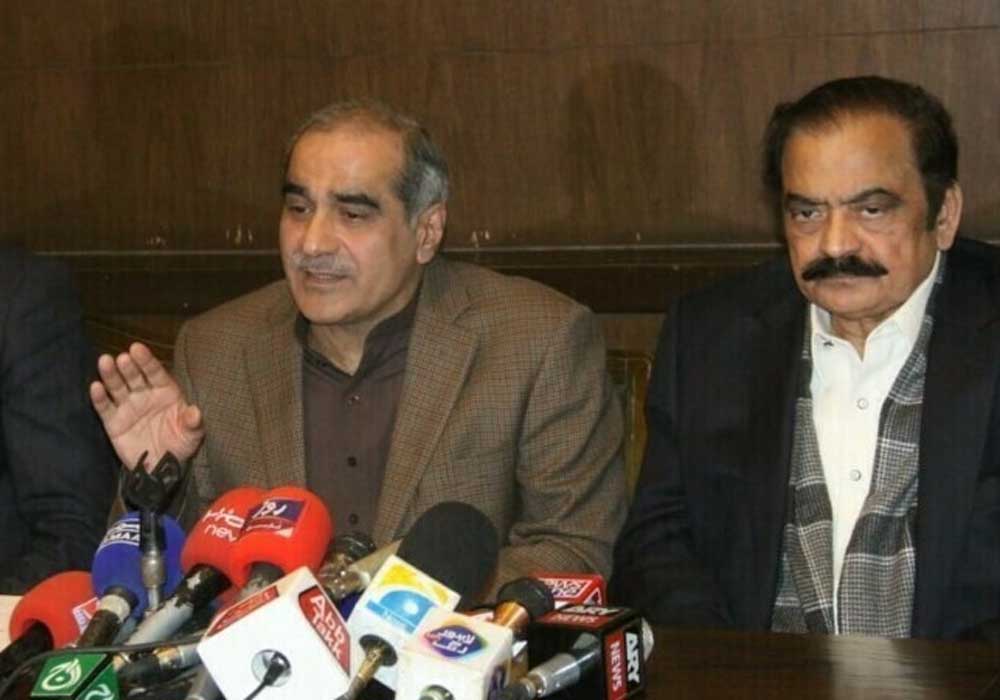 Addressing a press conference in Lahore, Railways Minister Rafique asked Imran to be “serious” if he sincerely wants negotiations and that “threats, accusations and abuses and talks cannot go hand in hand”. The statement comes a day after Imran invited the government to “sit down for talks” on the condition that it announces a date for early general elections, failing which he would dissolve the provincial assemblies of Punjab and Khyber Pakhtunkhwa. “Talks never take place under conditions in the world,” Rafique said. “If you put the demand forward first, on what basis will you talk?”

He added: “We also told their friends that this one-way traffic cannot continue. This is not just your agenda. If PDM decides – PPP, ANP and everyone else decide unanimously – it will be their own agenda.” Besides us, our allies have extreme reservations about talking to them (PTI) and not give them any kind of face-saving.”

He said that their viewpoint was that “assemblies are made for legislation and governance, not for dissolving”. Rafique said that dissolving the assemblies was akin to “wasting the time and resources of the country and the nation”. “If he will talk seriously, we will respond seriously,” he assured.

Sitting beside him, Interior Minister Sanaullah said: “He wanted to get a date for the election by threatening and hurling abuses at the establishment. He couldn’t. “If he wants to get a date from us through the same way after having talks, he cannot.”

Rafique clarified that this was their party’s viewpoint. “This is our opinion. The authority to make decisions is with the allies, which include the PDM, Pakistan’s Peoples Party and ANP.

“Only they can make the decision but the way in which he has thrown the ball towards us and passed threats, this cannot be considered. First, correct your manner,” the PML-N leader demanded.

He also told the media that “unofficial communications have taken place between us” in the past and the “interesting thing is that they also communicate by themselves and then also shy away from telling about them”.

Separately, Rana Sanaullah said that the recent claims by PML-Q leader Moonis Elahi – about former army chief General Qamar Javed Bajwa advising his party to side with the PTI during the no-confidence vote in April – had raised “doubts” on the institution’s decision to stay apolitical.

The minister’s remarks came days after Moonis, in an interview, said that the then-army chief had asked the PML-Q to support former premier Imran Khan during the no-trust vote – which had led to the PTI’s ouster. Commenting about Moonis’ statement in a media talk in Lahore today, Sanaullah lauded the PML-Q leader for his remarks but questioned that “what was the need to say all this”.

“I believe that even if this [statement] has resulted in a personal loss to Bajwa sahib […] he has gone now. He has completed his employment period now […] his benefit and loss doesn’t matter now.”

However, Sanaullah contended that the institution had adopted a stance in front of the nation that it had no relation with politics. “It said it had decided last year not to interfere in politics.

“I believe that Moonis’ statement has raised doubts on the institution’s stance,” he said, adding that a clarification was required here.