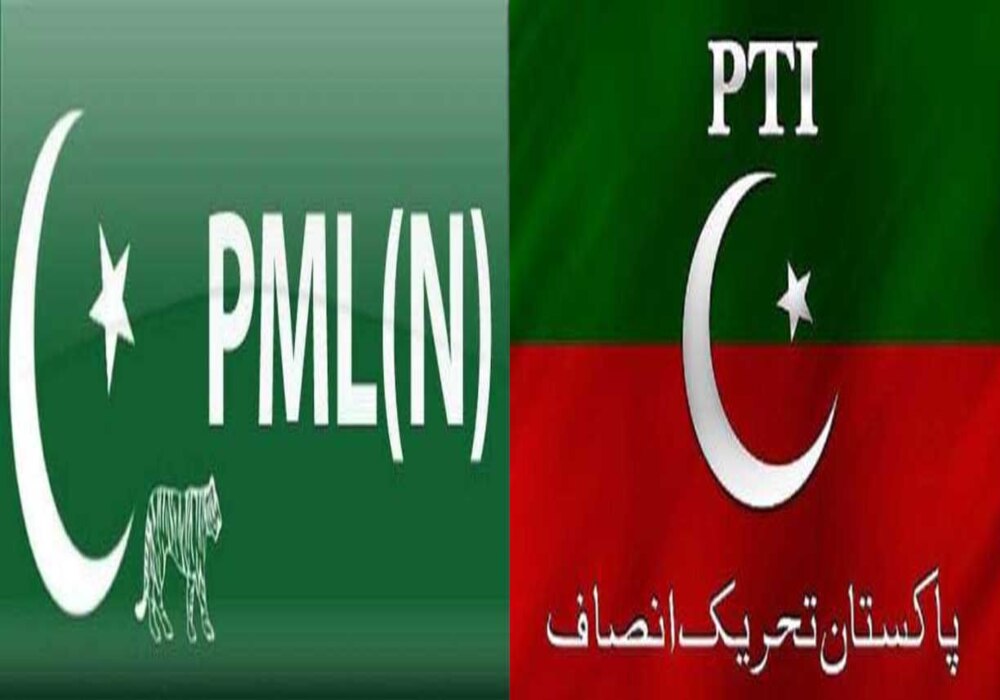 The Lahore High Court (LHC) on Friday did not pass any restraining order on the plea of prime minister’s aide Attaullah Tarar seeking immediate directives for the authorities concerned to stop the Pakistan Tehreek-e-Insaf’s (PTI) power show scheduled for today (Saturday) at National Hockey Stadium in the provincial capital.

Justice Muzzamil Akhtar Shabbir took up the plea filed by Attaullah Tarar, the special assistant to the prime minister, and directed the Lahore commissioner to decide the application pertaining to the power show of the PTI at the stadium.

“Decide the application concerning the damage to the ground,” Justice Shabbir remarked while giving directions to the Lahore commissioner. The judge also directed the Punjab government to estimate how much amount the turf would cost.

The counsel for the PM’s aide argued that the turf of the hockey ground was damaged ahead of the PTI gathering and now they (the PTI) should bear the cost of the damage caused to the ground.

He said that the sports director general provided the ground for the public gathering and it was quite clear under the law that no other sports activity other than hockey or any function like marriage could be allowed at the hockey ground.

At this, Justice Shabbir asked, “Can the government arrange to gather for the PTI somewhere else if this court passes any order to change its venue?” On it, an additional advocate general said that the main reason behind organising the gathering at the
hockey ground was security. “We want that the fundamental rights of the citizens are not infringed upon,” said the law officer, presenting the stance of the provincial government before the court.

The law officer also assured the court that no violation of Article 16 was committed. At this, Justice Shabbir asked whether the AstroTurf removed earlier would be fixed again.
A hockey player who was representing the players and relevant stakeholders asked the court to order them to submit affidavits regarding the date they would bring the AstroTurf to the ground. The turf was removed and no tender call was given in this regard, he said.

He also informed the court that a hockey trophy was on the cards and two matches would be played with two countries, including Singapore. During the hearing, the bench also asked about the performance of the hockey team that was touring Birmingham.

To another question, the law officer said a new turf would be laid on the ground. The counsel for the petitioner argued that it was beyond their understanding as to why the PTI chose the hockey stadium for its power show.

The petitioner’s counsel pointed out that the PML-N did not have any intention to block the power show, but they wanted it to be held somewhere else. “We simply asked that they should shift the venue of their public gathering from hockey stadium to any other place,” said the counsel, contending that the gathering at the hockey stadium would further
damage the venue.

After hearing arguments from both sides, Justice Muzzamil Akhtar Shabbir did not give any
restraining order and directed the local administration to decide the fate of the application filed by Attaullah Tarar.

The petitioner said that it was Punjab Chief Minister Chaudhry Parvez Elahi who directed to remove of the turf to prepare the venue for the PTI’s power show, which was against the law. He said the turf worth millions of rupees was damaged. Nevertheless, holding a public gathering at the hockey ground was against the law, he said, arguing that such places were reserved only for sports activities.

The Pakistan Hockey Federation had also said earlier that the turf should have been removed after the new one came. Some people also staged a protest on the ground and demanded the provincial government to repair the ground immediately.

The court also sought records of cases against the leaders from the Punjab Police inspector general. Justice Safdar Saleem Shahid passed the orders while hearing a petition, filed by the PML-N leaders, against the police harassment, in his chamber.

The petitioners had submitted that the police were carrying out raids at their houses to harass them. They further submitted that if the police had registered cases against them, their record was not being provided. They pleaded with the court to direct the police to provide records of the cases and also stop the personnel from harassing them.