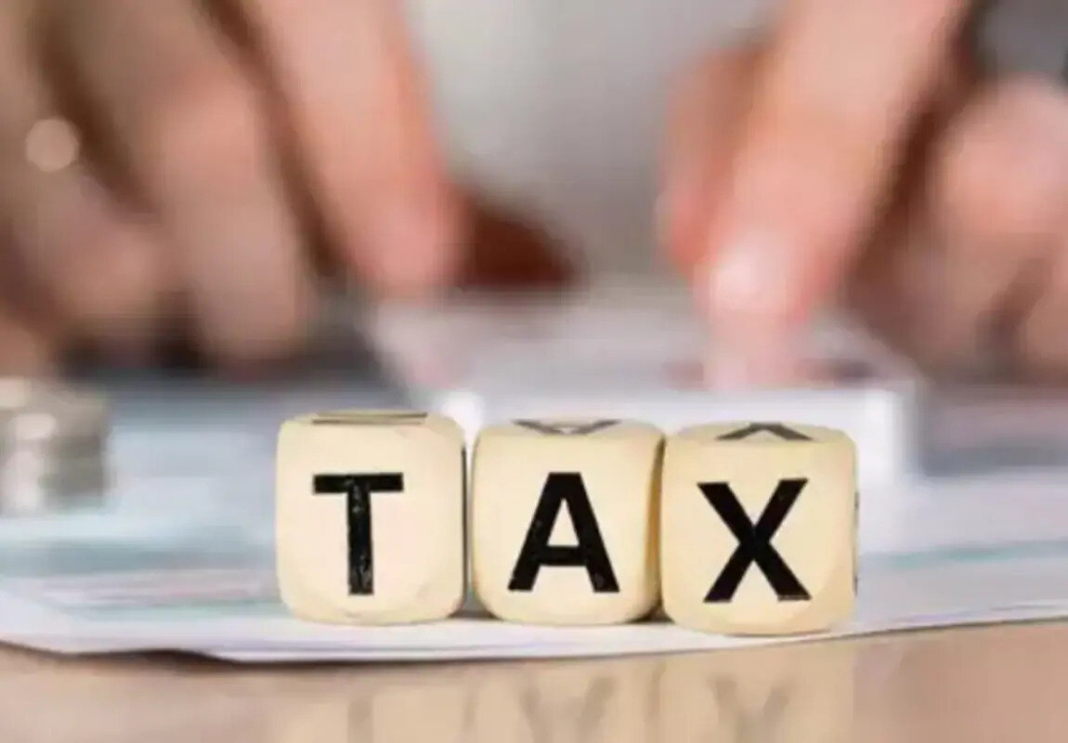 In a study uploaded on its website, titled Tax Gap Report 2022 [“the Report’], the Federal Board of Revenue (FBR) claims that its in-house researchers (sic!) have adopted “the top-down and bottom-up approaches to estimate the tax gap”. The Report says: “The topdown approach relies on the National Accounts Data and Supply-use Tables and is used to estimate the Sales Tax gap. The bottom-up approach relies on the microsimulations and is used to estimate the Income Tax and Customs Duty gap”.  Words are underlined only to show the poor drafting and command of language (English language is FBR’s Waterloo).

As regards, the methodology adopted to determine tax gap, it is also faulty and flawed. The Report does not take into account the huge informal economy and relies on official figures that are not even trustworthy. A detailed analysis of the same will be made in a separate article. This one is restricted to highlighting the real tax potential/gap. The Report says that it “measures the compliance gap and does not account for tax expenditure”. The term “compliance gap” itself is questionable. FBR has failed to tap the real tax potential by analysing simple data of unique mobile users.

As per the latest information provided by Pakistan Telecommunication Authority (PTA) on its website, the total number of cellular subscribers as on November 30, 2022 was 194 million (86.70% teledensity). Out of these, 121 million were 3G/4G subscribers (54.15% penetration), 2 million basic telephony users (1.20 teledensity) and 124 million broadband subscribers (56% penetration). Not less than 110 million unique mobile users (many having multiple SIMs) are thus paying advance/adjustable income tax of 15% (earlier it was 12.5%) from July 1, 2022.

The number was not less than 105 million as on June 30, 2022 and about 100 million at the close of June 2021. It means that FBR could have found at least 30 million taxable persons from this database—all were paying advance/adjustable income tax. The number of individual tax filers on ATL is even less than 4% unique mobile users paying advance income tax under section 236 of the Income Tax Ordinance, 2001.

The above data/facts prove beyond any doubt that presently, the entire taxable population and even those having no income or income below taxable limit are paying advance/adjustable income tax at source as mobile users.

In case all the unique mobile users paying advance tax file income tax returns, there would be refunds payable to at least 80 million individuals having no income or income below taxable limit though cost to claim would be much higher than their withheld tax—sadly, FBR does not acknowledge them as “taxpayers” and is not even ready to pay refunds to existing income tax filers.

The State should not collect advance taxes from those who are not chargeable to tax. Provisions like section 236 of the Income Tax Ordinance, 2001 and many other similar ones providing withholding of taxes on transactions, instead of on real incomes, reflect a bad tax policy—anti-poor and contradictory to FBR’s claim of increasing direct taxes by diligently taxing the rich and the mighty.

Data related to unique mobile users is sufficient to explode the myth of “compliance gap” created by FBR in the Report. The poorest of the poor are subject to oppressive and unjustified, rather unconstitutional withholding tax on mobile use, and yet Pakistanis are called tax thieves by FBR stalwarts, so-called local experts working for lenders and donors and some all-knowing anchors of TV talk shows.

The reality is that the rich and mighty are not paying their due taxes and enjoying exemptions, concessions, waivers and immunities in tax codes, besides benefitting from tax and asset amnesties offered frequently by the state about which the Report is completely silent. It presents the following summary:

“Overall Tax Gap is Rs. 1,289 billion that is 26% of potential collectable tax under current regime

Adding insult to injury are the following words of appreciation by the Chairman of FBR included in the Report:

“The efforts put in by the Revenue Analysis team, under the able guidance of Director General (Revenue Analysis), in producing this Tax Gap Report are appreciated. I hope the tax gap report will be useful for stakeholders, particularly the policy makers to devise future tax policy and strategies to tap the maximum potential of tax revenue”.

Quite strangely, the Chairman FBR forgot that some months back, he admitted that tax gap of Pakistan was not less than Rs. 3000 billion. According to a Press report [Tax gap stands at Rs.3000bn: FBR Chief, The News, July 23, 2022], he said that this gap “is on annual basis and exists mainly in the shape of tax exemptions for powerful lobbies, massive tax evasions, and the inability of the machinery to collect due taxes”. The FBR Chairman was speaking at the Summer Camp of Lahore Tax Bar on July 22, 2022.

It is simply lamentable that it was not brought to the knowledge of public, what to speak of taking input from the stakeholders and local tax experts, that some study/analysis was undertaken to determine tax gap by the in-house team of FBR, ignoring facts on the ground and reliable figures about size of burgeoning parallel economy.

The alliance government of Pakistan Democratic Movement (PDM) assumed power on April 9, 2022. It has been criticizing its predecessors for violating the principles of transparency, but has itself violated all norms of good governance by commissioning a vital study without the knowledge of the public.

Even in the case of earlier study mentioned in the Lahore Tax Bar workshop where FBR Chairman made some startling revelation, none of the members agitated the issue. There was no reporting of the matter in the media till the above cited report was published that revealed the following:

“We have found that the total tax potential under jurisdiction of the federal government stands at Rs9,000 billion out of which the FBR collected Rs. 6,000 billion so the tax gap was assessed at Rs3,000 billion on a per annum basis,” the chairman shared the outcome of tax analysis gap while addressing a Summer Camp 2022 arranged by Pakistan Tax Bar Association Friday night”.

In the above event of Lahore Tax Bar, Chairman FBR reportedly revealed that this tax gap analysis was conducted by hiring a consultant “on the directives of Prime Minister Shehbaz Sharif on the eve of budget-making exercise for 2022-23”.

The Report now made public at the website appears to have no nexus with the one that according to Chairman FBR was assigned “to conduct the first-ever formal study to assess the ‘tax gap’ keeping in view jurisdictions of the federal government under 1973 Constitution for the imposition of taxes” [under the existing constitutional arrangements, the general sales tax (GST) on goods is the domain of the federal government while GST on services is in the jurisdiction of the provinces. Income tax on agriculture is in the domain of the provinces].

At the time of preparing the so-called “first-ever formal study” [yet not made public!] or the present Report, FBR’s stalwarts did not mention tax gap study earlier prepared with the help of World Bank—see details in The tax gap, Business Recorder, July 29, 2022.

It is also pertinent to mention that the actual tax potential of Pakistan is Rs. 13.4 trillion against earlier claim of Rs. 9 trillion by worthy Chairman FBR. Our tax gap is over Rs. 7 trillion and not Rs, 3 trillion!—see details in Monstrous tax gap and remedial measures, MinuteMirror, October 24, 2022.

“Tax gap of a country is measured by the amount of tax that remains uncollected due to non-compliance with tax laws A study, ‘Pakistan Tax Gaps: Estimates by Tax Calculation and Methodology’, jointly undertaken by the Federal Board of Revenue (FBR) and Andrew Young School of Policy Studies at Georgia State University, provides details of tax gaps by type of tax and describes the methodologies and data used for such estimates”.

In Tax reforms: Agenda for Self-Sustainability, Management Accountant, Volume 31.2 [pp 36-38], March-April 2022], it was once again shown with facts and figures by one of us that the real tax potential, at the level of FBR alone is Rs. 12.4 trillion, if not more. The complete working of actual tax gap is available in Towards Flat, Low-rate, Broad and Predictable Taxes [PRIME Institute, Islamabad, December 2020] that is shockingly ignored by FBR in its latest tax gap analysis.

At present, out of total registered companies, about 53,900 are not filing income tax returns. Assuming average tax of Rs. 5 million per company, tax potential comes to Rs. 269.5 billion. Collection of income tax by FBR in fiscal year 2021-22 was Rs. 2278 billion (companies, individuals, firms and association of persons). On this basis of data presented above, total income tax potential alone is not less than Rs. 8400 billion. Sales tax collection in fiscal year 2021-2022 was Rs. 2525 billion, whereas actual potential was not less than Rs. 3500 billion, as per own admission of FBR. Similarly, the potential of Customs Duty is Rs. 1500 billion but FBR collected Rs. 1000 billion in financial year 2021-22. The potential of Federal Excise Duty was Rs. 350 billion, if not more, but FBR collected Rs.322 billion in the FY 2021-22. The gaps in all taxes are much higher than what are mentioned in the latest Report  released by FBR.

In view of above, even under the prevailing system and prevalent rates, total tax potential at FBR level comes to Rs. 13.65 trillion [Income Tax: Rs. 8.3 trillion; Sales Tax: Rs. 3.5 trillion; Customs Duty: Rs. 1500 billion and FED Rs. 350 billion] and if we withdraw all exemptions/concessions and waivers as pointed out by FBR Chairman a further amount of Rs. 1.5 trillion can be collected.

According to Press reports, the International Monetary Fund, before the Ninth Review, is asking for levy of more oppressive taxes of 600-800 billion and FBR is already working on it. It is strange that neither IMF nor FBR bothered to determine the real tax potential as discussed above. Fixation of tax target at Rs. 7.470 trillion in the budget for fiscal year 2022-23 was too low. It should have been Rs, 12 trillion, if not more, in the light of above studies and facts, and the way it should be collected is explained in Towards Flat, Low-rate, Broad and Predictable Taxes [PRIME Institute, Islamabad, December 2020] .