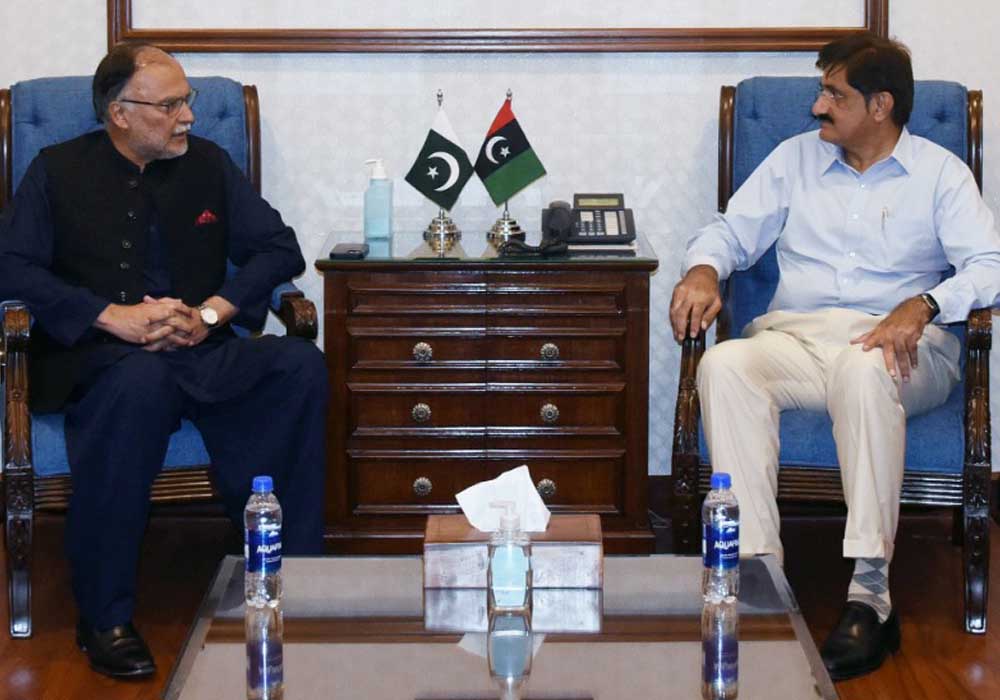 Sindh Chief Minister Syed Murad Ali Shah and Federal Minister for Planning Ahsan Iqbal in their meeting at CM House discussed the overall flood situation, the demand as well as a gap of relief goods and the restoration of damaged highways and railway lines.

Ahsan Iqbal told the chief minister that the prime minister has sent him to meet with the chief minister to discuss the shortfall of relief goods and explore ways and means to arrange them. The chief minister said that 250,000 tents have been arranged and distributed among the affected people so far, but the demand stands at 1.5 million. Shah said that the flood water is being taken out from the villages and towns, therefore people would return to their homes shortly. “But they would be in need of tents till their houses are reconstructed,” he said.

Shah said that he has approached friendly countries for procurement of tents, and they are trying to help us out. The federal minister said that he would also approach some embassies and find out some major vendors to meet the requirement of tents. Another issue that came under discussion between the two was the restoration of railway tracks and damaged highways in Sindh. The chief minister said that the federal minister for railways was working on the restoration of the submerged and damaged tracks for which he has visited the sites and held meetings with the provincial ministers.

As far as the restoration of highways, the chief minister said that he had held a meeting with the federal minister for communication Maulana Asad Mahmood along with chairman NHA and other team members. The CM said that Asad has assured him that the damaged portions of the National Highway would be restored as the first and top priority and the Indus highway restoration would be taken up once the inundated portions of the road were cleared. “We are working on disposing of the water from Indus Highway near KN Shah and other portions,” the CM said.