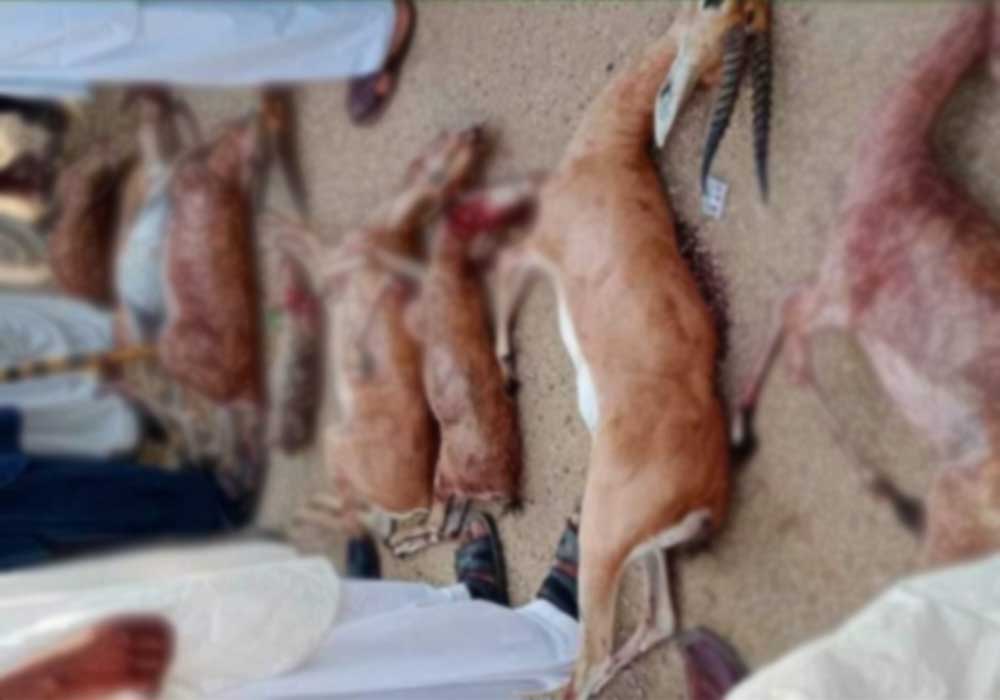 A young Thari boy, Ajeet Singh, without caring for his life gave chase to hunters of rare deer and forced them to surrender before his villagers.

The hunters preyed on eight rare deer from village Rangilo near Chelhar town in the wee hours of Tuesday and tried to escape the area when Ajeet Singh followed them. He managed to intercept them by hitting their vehicle with a jeep.

The hunters fired at Ajeet and other villagers with guns but they remained adamant and did not allow them to flee. Several hundred residents of the nearby villages also gathered at the venue and after catching the three hunters, handed them over to Mithi police.

Two of the hunters managed to escape from the scene. Mithi police registered an FIR against five suspects under the relevant sections of Pakistan Penal Code.

The villagers, carrying the carcasses of the hunted deer, staged a demonstration at Kashmir Chowk in Mithi where members of the civil society and rights activists also joined them. The protesters demanded the arrest of the hunters involved in the incidents and the registration of FIRs under anti-terrorism act to avoid such incidents in future. Ajeet Sindh Sodha and other villagers said that they remained unhurt when they had chased the hunters.

Sindh Minister Syed Nasir Hussain Shah, while taking notice of the incident, suspended four officials of the Wildlife Department including Riaz Rind, the deputy conservation officer for their failure to protect the rare species even in a sanctuary.

The members of Thari Bar Association have announced not to plead the case of the hunters, saying that they would never help those who were involved in such incidents against the natural beauty of Tharparkar.

Credible sources revealed to Minute Mirror that eight deer were also killed from the same area a few days ago and their meat was served in the marriage ceremony of the revenue official’s son in Thar.