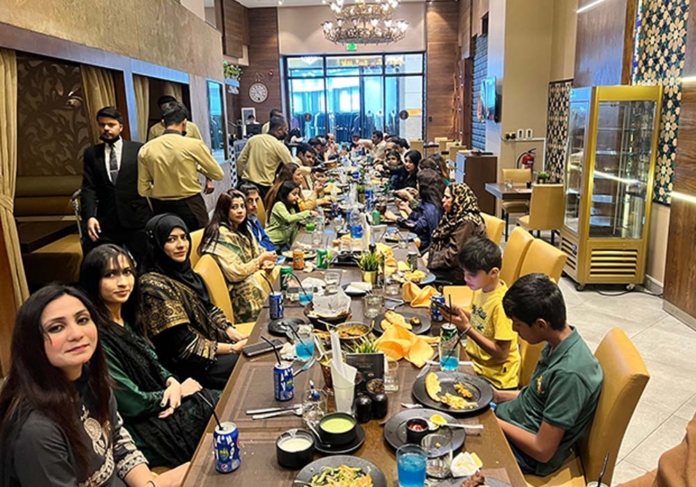 Madiha Naz Jakhro, who hails from Thatta, has got the privilege to represent female players in FIFA World Cup 2022 and highlight their role in sports.

She was invited to take part in Generation Amazing Youth Festival in Doha. She along with her other team members, including two females from Nepal and India, received a tumultuous welcome at the airport.

Madiha had been interested in sports since her school days and represented her school in different sports festivals.

After laborious efforts she ended up becoming a well-known local female football player in Thatta and started encouraging girls to join sports.

Talking to MinuteMirror, she said that defying the attitude of the society was a mighty challenge for her, but her parents encouraged her throughout her journey. She further said that she had also played football at the provincial level, and due to her role in promoting sports in such a low-lying area, she had been given an opportunity at a mega level.

Talking about her role in the mega event, she said that she would represent her culture, civilization and, more importantly, the role of a female in the field of sports. “Girls should actively participate in sports through which they would get different opportunities to shape their careers,” Madiha said.

Moreover, the world witnessed glimpses of Sindhi culture at the opening ceremony of FIFA World Cup when Zaheer Khattak, a local football player of Thatta, hoisted the national flag of Pakistan by wearing Ajrak and later presented Sindhi dance on cultural songs.