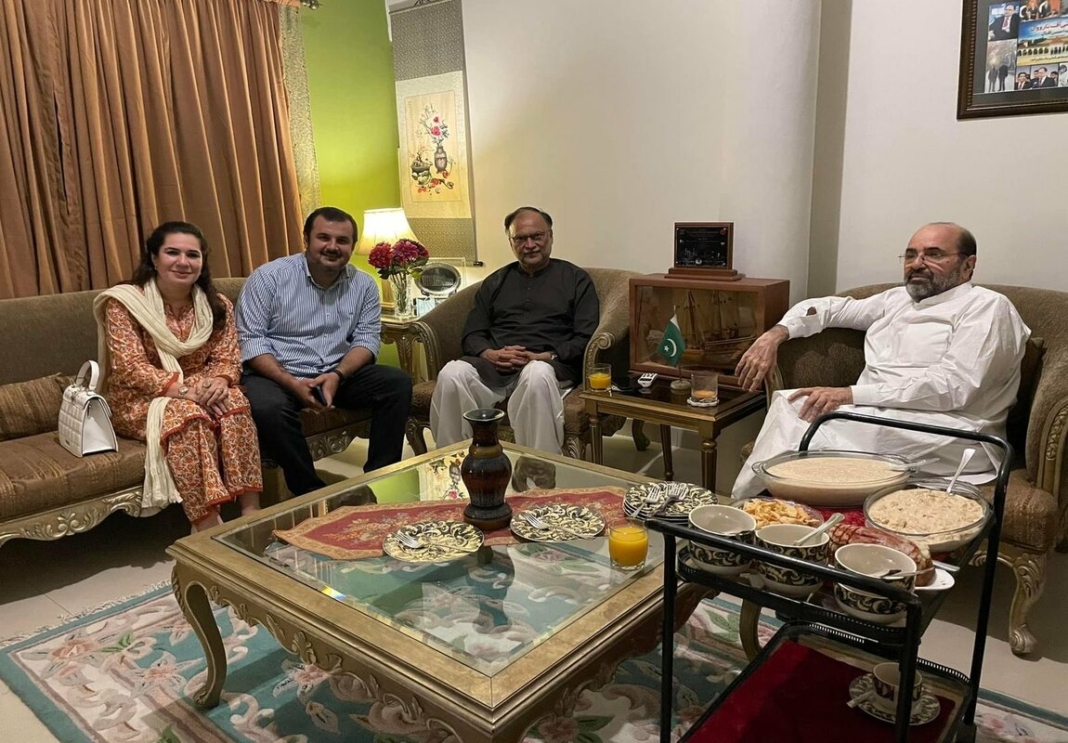 Ahsan Iqbal after being heckled by a family at a restaurant has said the family involved in the matter had come to apologize for their actions.

Federal Minister for Planning and Development Ahsan Iqbal on Sunday tweeted the picture of a family that had come to meet him and offered an apology for the incident that had happened a few days ago on motorway M2’s Bhera interchange inside a restaurant.

Iqbal also wrote in his tweet that he had already announced of not carrying any legal actions against the family.

He also wrote that the family came all the way to meet him in Narowal at his residence; all of us being Pakistanis should not convert our political indifferences into hate and maintaining mutual respect should be abided by.

Video of a family had gone viral in which Ahsan Iqbal was mocked and hurled abuses by loudly calling “chor”.

A day later the incident the federal minister held a press conference upon the incident in which he said to leave the matter in the court of people announcing no legal actions against the family involved in the incident will be taken.

Iqbal, in the press conference, had put the blame upon Chairman Pakistan Tehreek-e-Insaaf (PTI) and former Prime Minister Imran Khan that Imran being a sportsman was expected to show sportsman spirit but he had on the contrary incinerated the disease of polarization and hatred in society.

He insisted the PTI supporters and Pakistanis to think of their children as becoming victims of hatred.

PTI’s senior leader Shireen Mazari had also said that ordinary citizens were fed up and were angry.