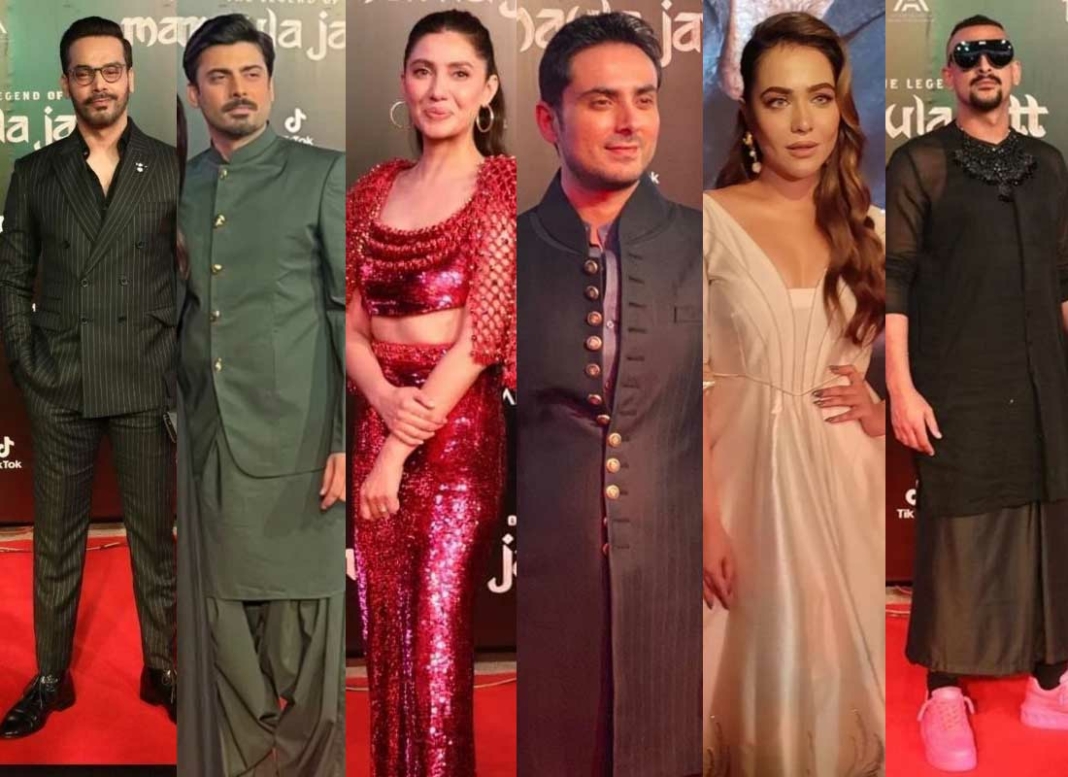 One of the most awaited films ‘The Legend of Maula Jatt’ was finally released in cinemas across Pakistan and worldwide after six years in the making.

The movie was initially planned to release in 2019 but got delayed because of COVID-19 pandemic and the closure of cinemas.

The premiere of the movie took place at CUE cinema, Lahore on October 12, and was attended by makers, cast, and many big names from the film and drama industry.

The cast of the ‘The Legend of Maula Jatt’ has arrived in Qatar to attend its world premiere in Doha on October 13, 2022.

The movie is receiving an amazing response from its initial preview shows and film critics.

A well-known lifestyle journalist Mahila Rehman applauds the storytelling and visuals of the film.

The Legend of Maula Jatt is spectacular. Brilliantly entertaining. It’s not often a film of this scale lives up to expectations. This one exceeds them. Cinematic, theatrical – almost Shakespearean. I want to watch it again. Terrific job all round! 👏🏽🔥🎉 pic.twitter.com/v8UEeVuz76

Founder of ‘something-haute’ Aamna Isani said, “‘The Legend of Maula Jatt’ is an experience that takes you beyond anything you’ve ever witnessed in Pakistan.”

The Legend of Maula Jatt is an experience that takes you beyond anything you’ve ever witnessed in Pakistan before. It’s the kind of seeti baja, taali maar, paisa wasool film that’ll redefine Pakistani cinema. #TheLegendOfMaulaJatt

The movie which is produced by Ammara Hikmat and directed by Bilal Lashari is a reboot of the 1979 Punjabi cult hit Maula Jatt, which played for several years in regional theatres.