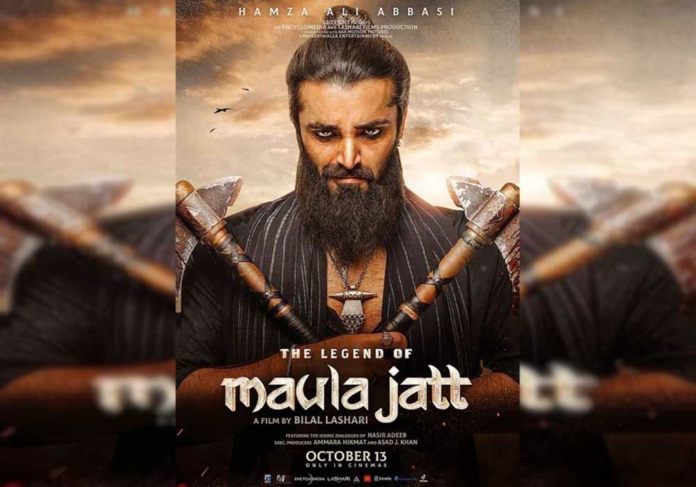 The premiere of the most eagerly awaited release of the season ‘The Legend of Maula Jatt’ will take place on October 12 and it will be on floors for the public from October 13.

The premier of the movie will take place at CUE cinema, Lahore on October 12, which will be attended by makers, cast, and many big names from the film and drama industry.

According to FAB Entertainment, a Qatar-based entertainment firm that has partnered with Qatar Tourism ‘The Legend of Maula Jatt’ will have its world premiere in Doha on October 13, 2022.

Atrium Cinema hosted a special media screening of “The Legend of Maula Jatt” on Tuesday before the film’s formal release across the country, the best entertainment editors and reporters from print and social media came to watch the eagerly anticipated masterpiece.

Hamza Ali Abbasi has received nothing but appreciation from legendary Pakistani actor Mustafa Qureshi for his role.

Hamza’s portrayal of Noori Natt in the sequel has impressed the actor who played Sultan Rahi’s adversary in the original movie.

Qureshi praised Hamza for his acting abilities during a pre-release screening that was hosted at Atrium Cinemas on Monday.

He said, “Hamza Ali Abbasi has given tribute to Noori Natt with his outstanding performance.”

The movie, which is produced by Ammara Hikmat and directed by Bilal Lashari, is a reboot of the 1979 Punjabi cult hit Maula Jatt, which played for several years in regional theatres.