The Suez Canal is widely used in the marine commercial business. It plays a vital role in linking the Mediterranean and Red Sea, making it simpler to export and import commodities between Asian/African and European countries and vice versa. This canal links the Gulf of Suez, Red Sea with Port Said, Mediterranean Sea. It is one of the world’s critical and strategically important chokepoints.

Throughout history, the Suez Canal has been the site of power struggles. It was a source of disagreement between Britain, France, and Egypt since Egypt and France’s decision to build the canal had harmed Britain’s position in the area.

The canal is almost 193.3 km or 120.1 miles long, with a mean depth of 24m. There are almost three lakes that are present in the Suez Canal. All of them are shallow water-filled lakes – Lake Manzala, Lake Timsah, and Bitter Lake.

Historically, trade routes from Asia to Europe included traveling across the Indian Ocean to Africa, crossing the South Atlantic Ocean, and then continuing to Europe. Britain controlled an important port in South Africa known as Port Cape Town, and because the voyage was long, all the vessels had to stop there, generating much money for the British. Furthermore, it used to cost a fortune to trading partners. So the idea of having a quick route from east to west has been around since ancient times. Finally, in the mid-nineteenth century, French ambassador Ferdinand de Lesseps, in his communication to the king of Egypt, talked about building of the Suez Canal, which would connect the Mediterranean Sea to the Red Sea and make it simpler to travel from east to west. The canal was ready to use by 1969. This project cost almost 100 billion dollars. It was financed by the French joint-stock Company “Suez Canal Company” which has its headquarters in Paris. At the time of construction, France had almost 52% of its shares, which were later sold out to Great Britain.

Almost 12% of world trade goes via the Suez Canal, and almost $1 trillion in products are exchanged. It is a critical foundation for global trade. It saves time and money by avoiding the long route along Africa’s south. Otherwise, covering the cost of oil usage through product sales would be extremely difficult and make products and shipping costly.

The canal is the world’s busiest shipping route. According to estimates, about 19,000 ships used the route alone in 2020, which implies nearly 50 ships transited from Suez port to Port Said or vice versa daily. Ships usually carrying a cargo worth three to nine billion dollars. According to the Suez Canal Authority, about one billion tons of goods passed through this canal in 2019, four times that of the Panama Canal. Suez Canal has a record for transporting nearly 7 to 10% of the world’s oil and 8% of liquefied gas. According to a Suez Canal Authority study, 53.5 million tons of metals and ores transit through the Suez Canal. Over one million barrels of oil pass through the Suez Canal every day. Container ship capacity has more than quadrupled in the previous 25 years, reaching 220,000 tons. The cargos’ population is multiplying rapidly and it is becoming impossible to keep up. The Suez Canal Authority agreed in 2014 to widen the canal to boost daily vessel capacity from 50 to 97 boats until 2023. According to an estimate, that may require 8.2 billion USD; it will permit two-way trafficking and will allow bigger boats to travel through Suez Canal.

Most South Asian states, being periphery or semi-periphery states, act as the market of raw materials for European core States. The trading of these materials is done through Suez Canal. Other than South Asian Central, Asian African, Pacific Rim, and Middle Eastern states, China is also the most frequent user of the Suez Canal, accounting for over 10% of Chinese commerce. Therefore, it is keen to access the Middle East and European markets via the canal.

China is also investing in the Suez Canal as part of their Belt Road initiative’s Maritime Silk Road project. China’s access to the Suez Canal, the Gulf of Aden, and the Red Sea are critical to the success of the Belt Road Initiative. China’s interest is in the expansion of its route, which ensures the quick transportation of commodities from China to Europe and the Middle East.

However, despite being a critical chokepoint in the world, the Suez Canal’s annual income is less than $5 million since large ships cannot pass through the Canal. The Egyptian government has tried to expand and deepen the Suez Canal, but large cargo must still follow the long route around the Cape of Good Hope for commerce. There is a proposal of a new Suez Canal or Suez Canal construction project presented by former Egyptian minister Hassaballah El Kafrawy.

According to the chairman of the Suez Canal Authority, Admiral Osama Rabie, this project will be completed in July 2023. This significant development took place after the incident of a ship blocking the Suez Canal. The Suez Canal Authority has already stated that the issue has cost the Egyptian government up to $90 million in missing toll income as hundreds of ships waited to pass through the closed canal or chose alternate routes. The plan is to build a new canal parallel to the old one to optimize the benefits of the present canal. The new canal will stretch from 60 to 95 kilometers.

Moreover, the plan also includes deepening the existing canal to 72 feet and widening it 40 meters eastwards. It will surely cut the time necessary to go from one canal to the other while also increasing cargo capacity in waterways. It can increase the navigation of ships by 28% and also boost Egypt’s GDP. It will allow the vessels to transit in a two-way system, reducing waiting time. More ships will be permitted to utilize the Suez waterway. This project can potentially enhance Suez Canal earnings from $5 billion to around $13 billion. This initiative will also provide new career possibilities for Egypt’s youngsters. This initiative has the potential to assist Egypt in overcoming its dismal social, economic, and political situations.

The construction of the new Suez Canal project is estimated to cost almost $8.2 billion, which equals 60 billion Egyptian pounds. The Egyptian government issued investment certificates worth 60 billion to Egyptians (individuals, firms, and legal entities) through four state-run Egyptian banks. Egyptians acquired the requisite value of investment certificates in just ten days. This is owing to the new project’s enormous size and other national projects scheduled to be financed by national banks. Such initiatives will impact the banking industry and its capacity to finance the private sector in the face of public-sector rivalry.

The incident of blockage in the Suez Canal occurred on March 23, 2021, when a 20,000 TEU cargo ship was struck in the canal. It took officials six days to get the ship out of the Suez Canal. It is one of the world’s largest ships that became horizontally stranded in the canal. Almost ten tugboats were stationed near the disaster site, along with the necessary equipment and specialists to move the ship. It closed the Suez Canal, preventing cargo imports and exports. A large ship like the Ever Given may store up to 18000 containers, making it exceedingly heavy to handle. The event’s consequences may be observed in terms of economic loss because all vessels could not arrive at the ports on time, affecting the whole supply chain. The blockage has caused dissatisfaction and concern in the global shipping sector. The Ever Given ship, which is over 400 meters long and weighs nearly 200,000 tons, was passing at 22.8 knots. This ship belongs to a Taiwanese cargo firm. It impacted the economy because some vessels began to utilize an alternate route, the Cape of Good Hope route, which uses far more oil than the Suez Canal and an additional ten days to ship.

The need for Suez Canal has been there for centuries. It is not like Lesseps was the first person to ever think about it. Through the history of this passageway, we can perceive the importance of this canal. Hence, it is vital to improve the canal further for it to function peacefully, which is precisely what the new Suez Canal project is. If a treaty similar to the Constantinople Convention of 1888 – according to which the Suez Canal should always be open to ships from all countries, in war and peace alike – is renewed or a new convention is implemented, with the goal of ensuring that the canal runs smoothly and that no state can use it for power politics, it may be able to supplement global trade and maritime traffic. Such a pact can ensure that the canal is always operational and not harmed and is never embroiled in any major war.

Furthermore, developing another similar route can aid in accelerating the shipping system. This will also help Egypt generate more income because of the transfer of more cargo. Until another method of shipping products from east to west is developed, this canal will remain essential. It was first operated by France and Britain, then by Britain, and is presently operated by its owner, the Suez Canal Authority.

Furthermore, the US continues to use soft power via its monopoly on the Suez Canal, which must be ended. The canal must operate solely for maritime reasons. If Suez Canal operations are disrupted, the globe may face an economic shock like that experienced in 2021 due to the Suez Canal blockade. 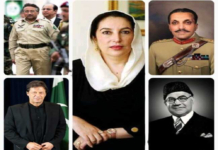 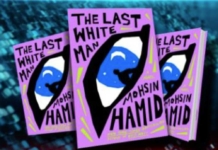 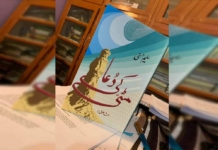