The School for Good and Evil: of benevolence and malevolence 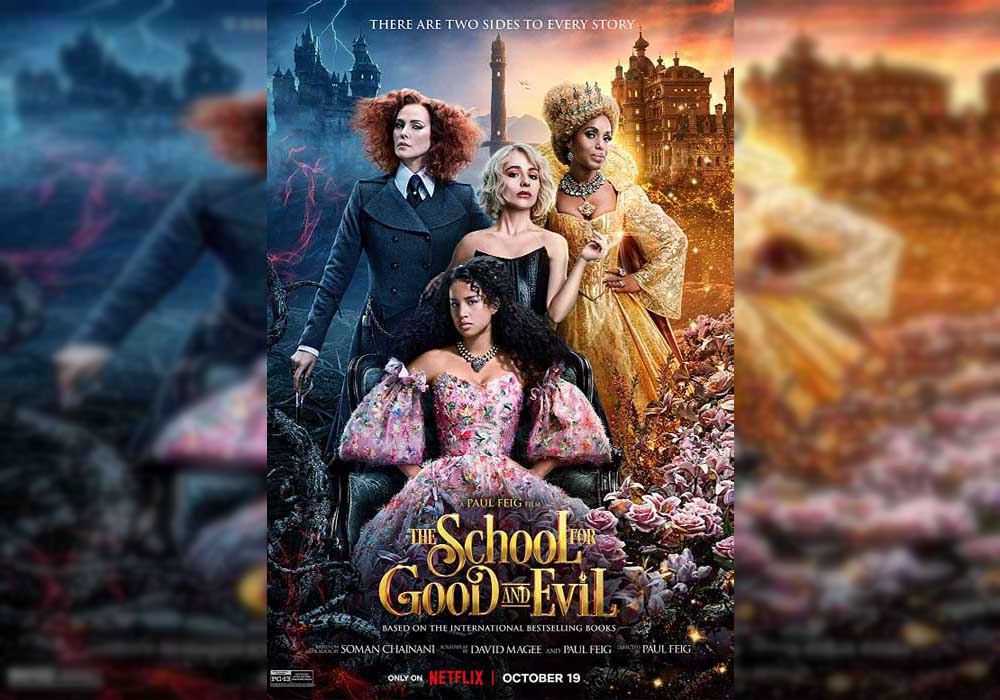 The School for Good and Evil is a 2022 original Netflix film. Produced by Joe Roth and directed by Paul Feig, it has received a rating of 5.9/10 on IMDB. It falls in the genre of fantasy, action and drama.

With a runtime of 2 hours and 27 minutes, the film has as its lead characters Sophie (Sophie Anne Caruso) and Agatha (Sophia Wylie). The primary theme is to protect the balance between good and evil.

Two brothers Rhian and Rafal establish a School for Good and Evil. In a friendly feud, Rafal tries to kill Rhian through blood magic. Rhian, in his defence, pushes Rafal off a cliff, presumably killing him.

The scene shifts to the village of Galvadon, where 2 friends, Sophie and Agatha, visit a bookshop where they discover a copy of Cinderella with the stamp of the School of Good and Evil. Sophie lives in a fairytale world and yearns to be swept by a prince charming. Agatha is cynical and a misfit.

As the Deans of Evers (SCG) and Nevers (SCE) discuss the future of Sophie and Agatha, Rafal emerges, threatening Agatha to stay away from Sophie and her destiny. Despite the danger from Rafal, Agatha reunites with Sophie. Enters Tedro, whom Sophie believes to be her true love. Tedro, however, is in love with Agatha.

As Rafal tricks Sophie into believing that he is her true love and kisses her, the schools fall apart. Agatha comes to the rescue and Sophie takes the fatal blow, undoing Rafal’s spell and saving everyone.

Does Sophie die? What was the kiss of true love? Will Agatha and Tedro be united? Is the balance between good and evil restored? These are questions I will leave unanswered to keep the suspense alive!

A parallel can be drawn with JK Rowling’s Harry Potter series. The element of magic and the battle between good and evil are common themes that run between the 2. The school of Gryffindor and Slytherin and the School for Good and Evil are like each other. Just as Gyriffndor is known for bravery and courage and Slytherin for evil and dark arts, similarly, the School of Good and Evil is demarcated between the 2 opposing traits of good versus evil.

The costume design is distinct and vivid and strengthens as the characters grow. The 2.5-hour-long magical adventure keeps the viewer engaged and proves to be overwhelming. However, sometimes the spectator is bored and wishes the film to wrap quickly. On the whole, a film worth watching at least once in a lifetime! Like with Disney fairytales which can be read, re-read, and watched multiple times without losing their charm, The School for Good and Evil doesn’t have that appeal!