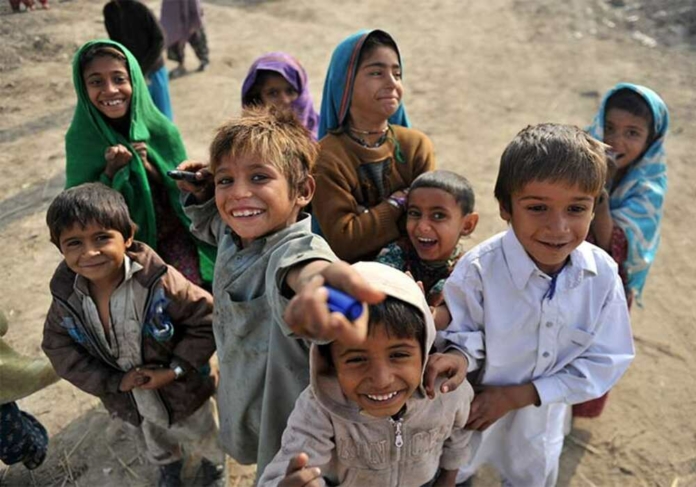 The children who are not registered in a legal way are called “invisible children”, and various reports say that there are approximately 1.1 billion such people across the globe since they were not registered at the time of their birth.

According to reports, millions of “invisible people” are living without any identification and legal proof in Pakistan, especially in the underprivileged areas of Sindh, Punjab and Balochistan. Owing to the carelessness and inattentiveness of the parents as well as the lack of proper awareness from the government the birth registration sector is being neglected throughout the country. Even though it is the most basic institutional responsibility of a government, especially the federal government to provide a person or child with a legal identity called birth registration, which acts as legal proof of the child’s date of birth, and place.

Without a birth certificate, children may lack access to services like health care and education. Lack of recognition and support will ultimately make life more difficult for them as they grow older. According to observers, the families, especially those who are less educated, uneducated or labour in remote areas of the country, or they do not even know about birth registration, and their children grow up without any identification in society.

Birth registration is a fundamental human right, allowing access to services such as healthcare and education; however, it is the basis for obtaining other identity documents, driving licenses and passports. Registering a birth can be difficult, in some cases nearly impossible, especially for children born at home, in remote locations, or in displacement. It also unveils early marriages especially above mentioned areas, parents’ marriage their children in the absence of any legal proof of their age limits.  Reports said that more than one-third are children, with the majority living in Asia and Africa of the 366 million children who are unregistered in the world; around sixty million live in Pakistan.

Meanwhile, World Vision Pakistan has been working with the National Database Registration Authority (NADRA) to address the various issues of birth registration throughout the country, but it is ironic to say that due to dereliction of duty and negligence of the government, particularly provincial governments, no any event, seminar, program or awareness campaigns and rallies have been organized jointly or individually by NADRA and World Vision Pakistan to raise awareness about the necessity of birth registration among the people, particularly in the far-flung areas of the country.

It has also been reported that main reason behind non-registration of children is home births, as over sixty percent of the deliveries take place at homes. To protect the rights of all individuals, birth registration must be part of a comprehensive civil registration system that is continuous, permanent, compulsory and universal. Civil records must be kept in a form that cannot easily be destroyed. Furthermore, retrieval of records should be possible for persons at any stage of their life.