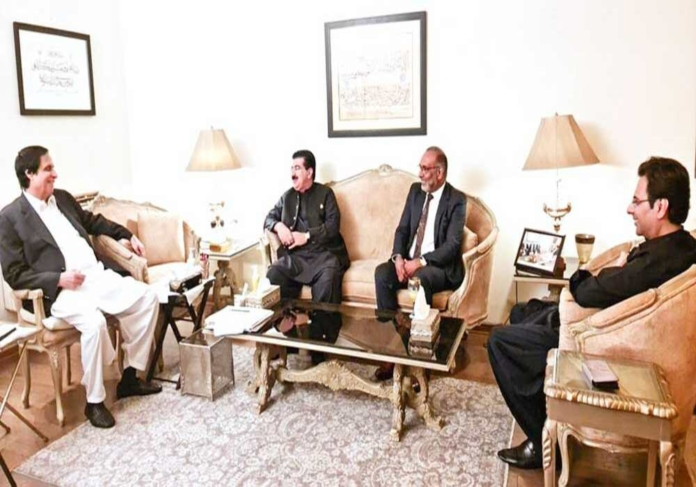 On the special instruction of Chief Minister Punjab Chaudhry Pervaiz Elahi, recreational facilities will be provided in Lahore Zoo and Safari Zoo, and in this regard decision has been taken to reorganize both facilities.

Joy land, tram structure and other facilities will be provided in the safari zoo and bird shows will also be organized in the Lahore Zoo for the interest of children. CM directed that the proposal to establish food courts on the 7 kanal land adjoining with the Lahore Zoo and Bagh-e-Jinnah will be reviewed adding that  facilities will further be improved as well as made attractive in the zoos so that maximum number of people can come for recreation. CM further directed that innovations like tiger tunnel should be introduced in the Safari Zoo adding that a ride history gallery should be established in the Lahore Zoo and Safari Zoo to provide awareness to the children about the history.

He further ordered that breeding of birds should be reviewed in the Zoo and Safari Zoo. He said that he directed to establish a master plan to provide better recreational facilities in the safari zoo during his previous tenure. Unfortunately, the PML-N government politicized this programme like many other projects. “Shehbaz Sharif halted our every work which incurred loss to the national exchequer,” the CM said while presiding over a meeting at CMO on Wednesday in which DG Wildlife gave him a briefing regarding Lahore Zoo and Safari Zoo.

Separately, a meeting was held under the chair of Chief Minister Elahi in which the financial management act was reviewed. The finance secretary gave a briefing on the important features of the act. The CM directed to settle the related issues and added that it should be finalized without delay because financial management is very important for the transparent use of public funds and good governance. He noted that the financial affairs of the departments will be made more transparent while the balance between expenditures and receipts will improve economic affairs.

He vowed to fully monitor the financial affairs of the public sector departments, and added that financial management and allied issues will be reviewed after every three months. Necessary reforms will be introduced to improve the financial affairs and government departments will have to be held accountable for financial irregularities, he added. Provincial Finance Minister Mohsin Leghari, Principal Secretary Muhammad Khan Bhatti and others attended the meeting.