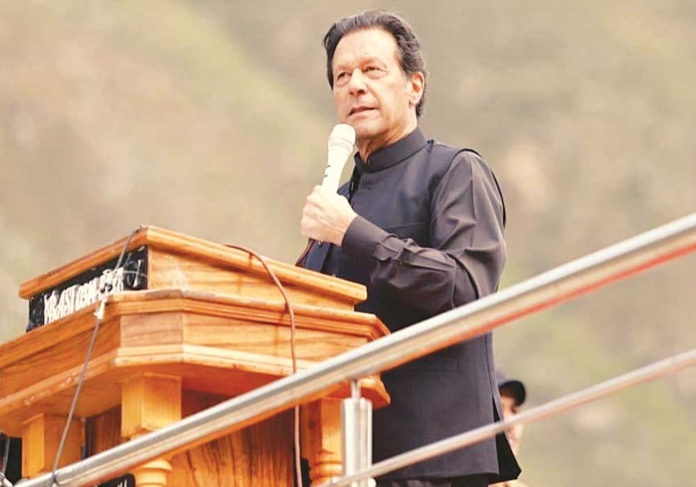 Pakistan Tehreek-e-Insaf (PTI) Chairman Imran Khan has said that there was no greater injustice than giving NRO to the ruling elite.

He said that the PDM government that had come with the promise of reducing inflation but has achieved a record increase in it.

Imran Khan said that according to a survey of the current government, when our government was toppled, the economy of Pakistan was growing for the first time in 17 years for two consecutive years.

Imran Khan was addressing an event of traders unions and CBA workers. He said that Faisalabad’s textile industry had record employment when PTI was in government but today the textile industry was suffering like never before.

Former prime minister said that during PTI’s government, four major crops of agriculture had record production. He said that the industry was growing at more than 11 percent, IT exports had increased by 75 percent and the World Bank had appreciated the performance despite Coronavirus.

The PTI chairman also said that during the previous tenure of Ishaq Dar, who was imported from London, the price of oil in the global market was half of what it was during our time. Criticizing Dar, he said that it [pre-PTI government] had left a record internal and external deficit and reserves of only about $9 billion while the country’s exports also remained stagnant.

The PTI chairman talked about record inflation during current PDM coalition government. He said that inflation has reached a record value. He also spoke on increasing unemployment and lowering growth rate.