The world over, marriages of celebrity couples are celebrated with prayers and suspicions. The media often reports affairs, dating and breakups.

The case of actor Feroze Khan and his former wife Syeda Alizeh has caused a frenzy in the media. Syeda Alizeh has filed a case against the actor and shared on social media the proof of domestic violence hurled at her during the time of her marriage with Khan. The actor has denied all the allegations, using flowery words in an Instagram story. However, it can be gauged through his past interviews and the characters he plays in dramas that the allegations have some truth in them. Many feminists and critics always criticized the roles Feroze Khan played in his drama series, as they were, most often than not, of toxic men who physically and mentally tortured their partners. It seems like Khan was a good fit for such a character, as he was doing the same with his wife in real life.

The showbiz industry has come out in support of Syeda Alizeh. It can only be hoped that the actor will pay the price of his actions in the public as well as the private sphere. All those who are lauded for keeping their wives ‘in check’ by abusing them will also get a wake-up call. Although one win alone does not make any difference and this case might also go down like several others without giving any proper punishment to the abuser, it has opened up the discussion and shown people that if they abuse their partners they will be named and shamed. It will take years before this becomes normal and perpetrators of domestic violence are given proper punishment, but it is a start. Everyone must stand with the abused and make any necessary arrangements that will help her case so that other women who are going through the same situation will find the courage to speak up.

Domestic violence, also known as intimate partner violence, affects individuals who are in intimate relationships. There are many different types of domestic violence, including emotional, sexual, and physical abuse, as well as threats of abuse. Anyone can experience abuse from a partner, but domestic violence is typically directed at women. In Pakistan and other third-world countries, this form of abuse is highly prevalent. This is due to the power dynamics between the man and the woman in a marriage and to cultural norms. Patriarchy runs deep, and it allows men to view women as nothing but another one of their objects that are not allowed to do or say anything other than what the man allows her to. The social issue is also brushed under the rug as it is labelled as a personal problem which must be solved within the confines of the home. This perpetuates further violence.

According to UNFPA, in Pakistan, approximately 70 to 90 percent of women are subjected to physical abuse. Out of this 40 percent have suffered from spousal abuse at some point in their lives. In most cases, women are unable to leave these spouses and suffer the abuse until one of them passes away. In other cases, those who try to leave these barbarians are sent back by their parents as they fear what society will say. Those who have the support of their families and make an effort to file reports with the police are told that the matter is personal and the police cannot interfere. Those who can pull some strings and take the case to the court are asked for proof and evidence of violence, and if that is not submitted, the case is dismissed. If it is submitted, then, most often than not, the case is dismissed on some other grounds.

Domestic violence is a social evil that must be eradicated, and this will only happen when equality between the genders is established, women are treated like human beings and not objects, and patriarchy is left in the past. As long as the power dynamics remain the same and speaking up is deemed shameful, this will continue. 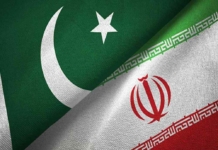 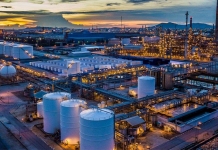