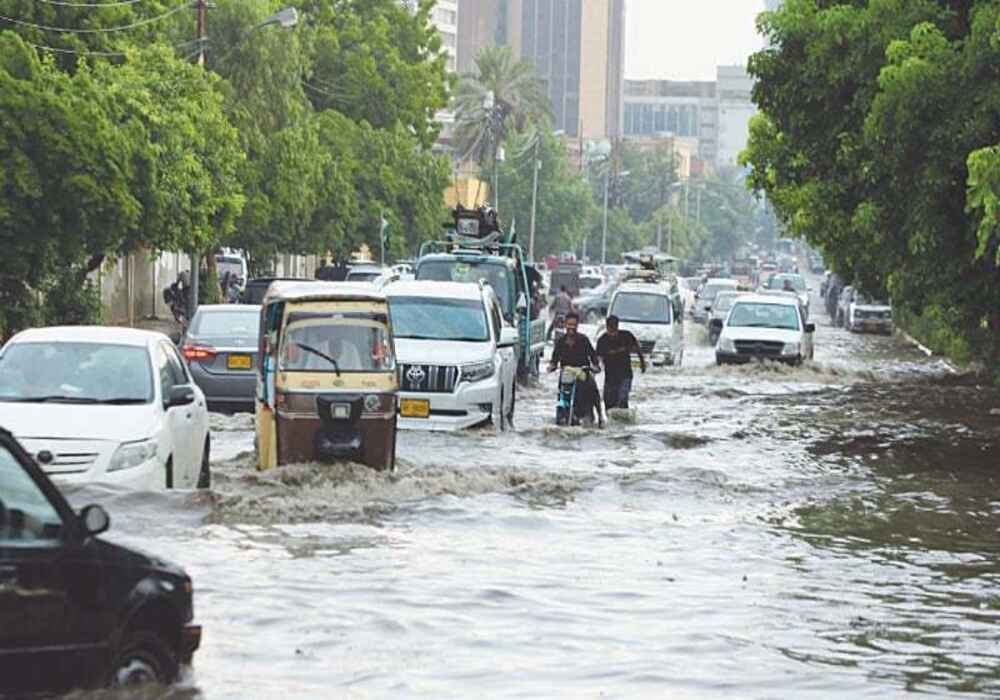 Thousands of people joined activists from Sindh to register their protest on Twitter and other social media websites asking the rulers to fix the damaged and rickety drainage infrastructure in the entire province.

The leaders of various political parties, lawyers, writers, poets, journalists and people from various walks of life across the globe took to Twitter and endorsed the demands raised by the activists running an effective drive for the past four months, asking rulers to fix the damaged drainage system in the entire province. “Please tell us whether we are human for you?” wrote an activist Dharaj from Texas, United States, by sharing pictures of the flooded areas and people in tatters on his Twitter Handle.

He went on to warn the rulers to fix the system before the next monsoon season as, according to him, things would take an ugly turn if the damaged infrastructure was not rectified. “The sufferings of the flood survivors continue to double as the government officials fail to provide the necessary aid, support and proper drainage system to the teeming millions of the province,” wrote another activist, Charoo.

Saeed Sangri, an eminent tweep, asked the rules to mend their ways before people lose their patience and start looting each other. Sangri added that many areas of Sindh are still under floodwater and people are losing their lives due to outbreaks of diseases and hunger. Mithal Baloch slammed the rulers for their alleged indifference towards the dying flood victims everywhere across the province. Baloch in his multiple tweets tagged Prime Minister Shehbaz Sharif, Foreign Minister Bilawal Bhutto Zardari and other people and international donor agencies and requested them to come to rehabilitate those 13 million people of 23 districts of Sindh.

M Khanzadi Kapri, an activist associated with Awami Tehreek shared various pictures of the flooded areas of different districts and asked rulers to stop humiliating those who, according to her, were not being provided with food items like wheat flour. She added that it was a faulty drainage system which had caused more devastation in Sindh and demanded the high-ups of the Sindh government overhaul the entire system before the next rainfall. Shahid Tunio in his tweets lashed out at the rulers for failing even to provide the flour to the people of ravaged areas of the province.

Fouzia, Halar Jiskani, Profesor Aziz  Kingrani, Syed Shabbir Shah, Dr Abdul Qadeer Memon, Dilshad Ali Memon, Akhtar Banbhan, Mehran Khoso and other activists of the ongoing drive thanked thousands of the people from across the globe for actively participating in the trend which remained at the top on Twitter, the whole Sunday with several thousand tweets in favour of their demands to provide maximum relief and rehabilitation to those millions of the people who were rendered shelterless after they were hit by the destructive floods last year.