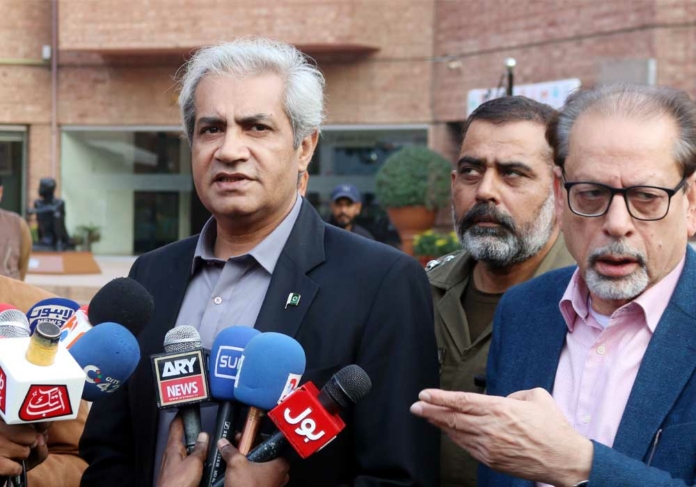 Advisor to the Punjab Chief Minister on Home Affairs Omar Sarfraz Cheema stated that Intelligence agencies have told the government that threats to Imran Khan have increased after the Wazirabad incident.

While talking to the media on Wednesday at the inaugural session of the four-day “International Islamic Art Festival 2022”, Cheema said that PTI is fighting for the supremacy of the constitution and the rights of the public.

The four-day “International Islamic Art Festival” was held at the Alhamra Arts Center, thanks to the partnership of the Pakistan Arts Council Karachi and the Lahore Arts Council.

Chief Minister Punjab Chaudhry Pervez Elahi was supposed to inaugurate the event, however, because of the last moment change; Omar Sarfraz Cheema was invited on an opening day.

The Wazirabad attack on the former prime minister, according to Cheema, a close aide to Imran Khan, is a test case for the PTI administration and the entire system. “We have a government in Punjab, but we are unable to report this incident.”

Since his dismissal from the government, he asserted, Khan’s support has grown.

The advisor stated in response to a query from Minute Mirror regarding the Tosha Khana controversy that “no laws were broken in this case; the entire purpose of this controversy is to divert people from serious issues.”

He reiterated his position of the federal government creating a diversion from serious concerns while denying that there were any elements of corruption in this case.

Chairman Board of Governors Lahore Arts Council Razi Ahmed delivered his speech at the inauguration ceremony and announced more conferences in the future. He also invited the public to visit this festival and take part in different activities, and workshops which will continue for the next four days.

He said that the political divide in the country is increasing but it does not damage the art council as we work with everyone in the same manner. “Change in government shouldn’t affect art and we all should work closely to portray a beautiful image of our country.”