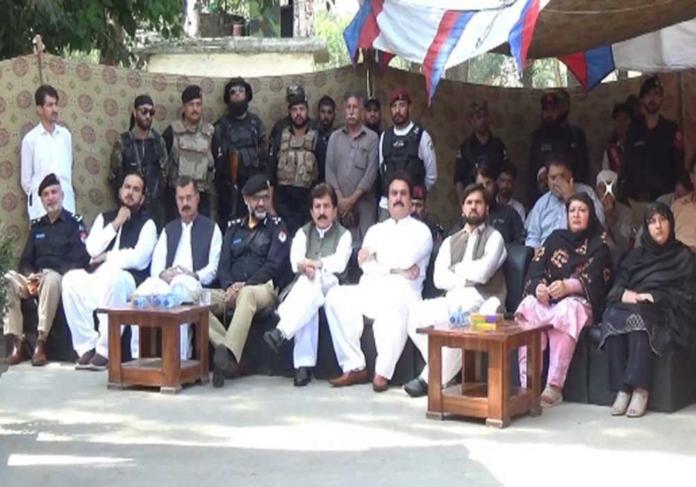 Three brigades of the army have been deployed in Swat, and the police and security forces are engaged in a joint operation against the militants.

Addressing the Grand Jirga, Regional Police Officer Zeeshan Asghar said that the police, Pakistan Army, and other security agencies are jointly conducting operations against terrorists, anti-social elements who disturb peace and order should be dealt with iron hands and No person will be allowed to carry arms. The DIG further said that three brigades of the army have been deployed in Swat and are engaged in operations against terrorists along with the police.

“The provincial government has provided all facilities to the police to control law and order. The brave people of Swat, the police force, and the security agencies have made immense sacrifices in restoring law and order in Swat,” he added. Zeeshan Asghar said that the Swat Police and the people are on one platform against terrorism, wherever any unidentified or suspicious person is seen, report to the Swat Police in time, and the name of the informer will be kept confidential. The protection of life and dignity of the people is the primary responsibility of the police.

Commissioner Malakand Division Shaukat Ali Yousafzai said that “I am also a son of Swat, when the situation in Swat was tense, I performed my duties as Deputy Commissioner Swat. To get out of the previous tense situation, the security forces and Swat Police established peace and order by sacrificing their lives in a successful operation”. Commissioner Shaukat Ali further said that the conspiracy to disrupt the law and order of Swat will never be successful. DPO Swat Zahid Nawaz Marwat said that the police are ready to deal with all kinds of situations well, and strict blockades have been imposed on the entry and exit routes of Swat.