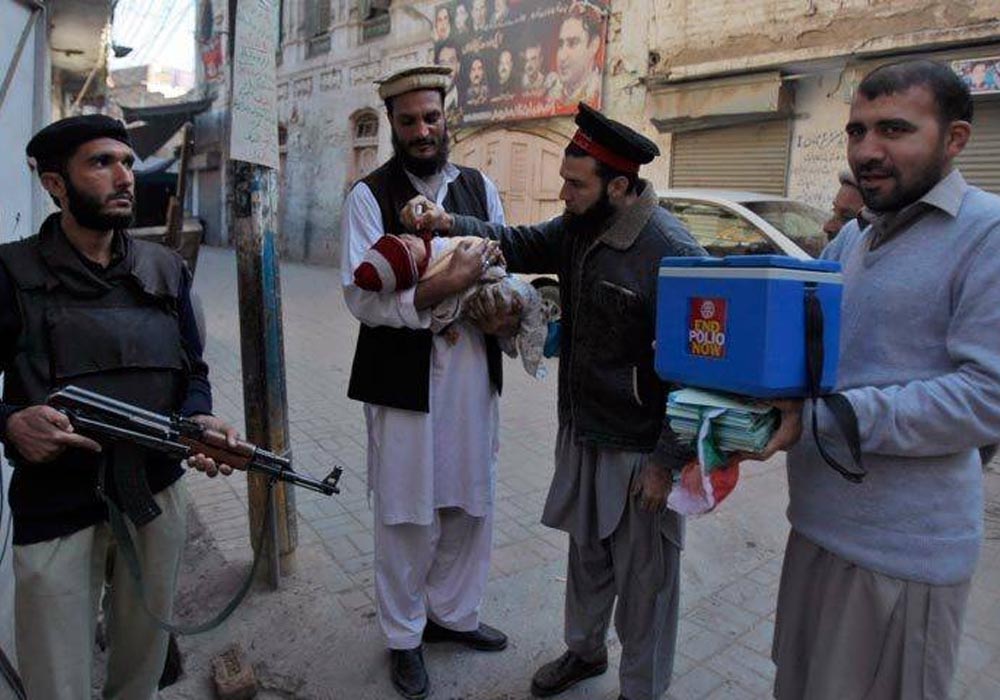 Three police officers who were guarding a polio vaccination team were wounded by unidentified attackers in the Musa Zai neighbourhood of Dera Ismail Khan.

Three security personnel were hurt when attackers opened fire and threw grenades while three police officers were accompanying the vaccine recipients. A search operation has also been started in the area while the injured authorities have been transported to the hospital for treatment.

Armed assailants also attacked medical professionals and police officers the day before In the Madinah Colony neighbourhood of DI Khan. All of the officials were attacked, although none were wounded.

Khyber Pakhtunkhwa launched the first anti-polio campaign of 2023 on Monday to vaccinate 7.2 million kids in the first phase.

Twenty cases of polio were reported in Pakistan in 2022, and each one came from Khyber Pakhtunkhwa. During the year, armed attacks claimed the lives of seven police officers and roughly that many medical professionals.