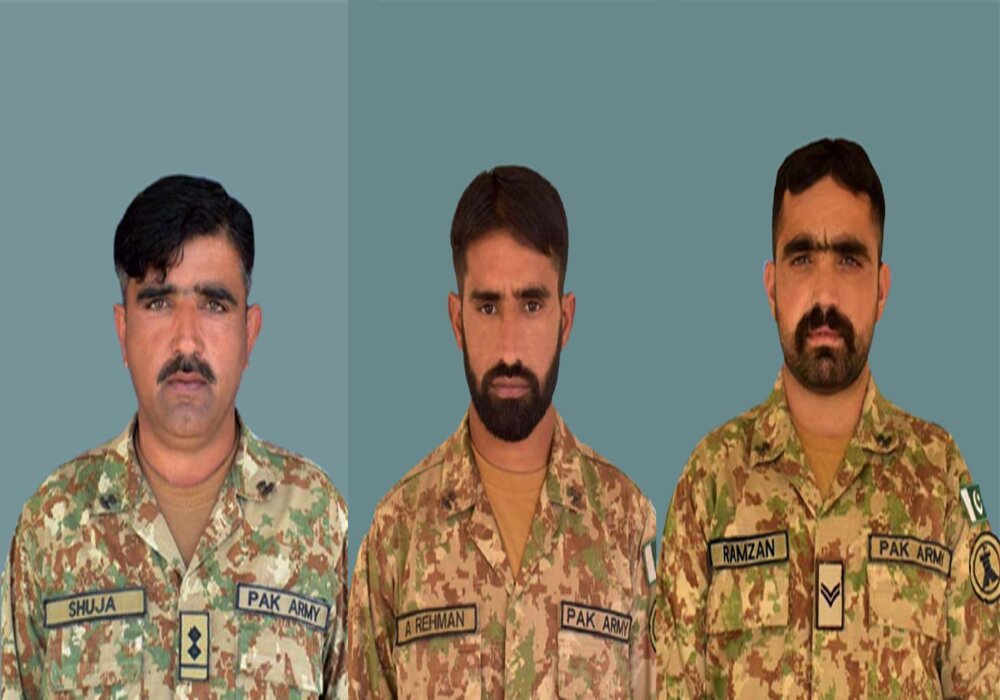 Three soldiers embraced martyrdom in exchange of fire with terrorists while two terrorists were also killed.

Inter-Services Public Relations (ISPR) has said that a fire exchange took place between terrorists and our own troops in the general area of Arawali, Kurram District on 29 December 22.

According to ISPR, our own troops fought bravely and effectively engaged the terrorists’ location. During an intense exchange of fire two terrorists were killed and weapons and ammunition were also recovered from the killed terrorists.

According to ISPR, the killed terrorists remained actively involved in terrorist activities against security forces.

ISPR further stated that sanitization of the area was being carried out to eliminate any terrorists found in the area.

It showed a resolve that Pakistan Army was determined to eliminate the menace of terrorism and such sacrifices of our brave soldiers further strengthen our resolve.