Three years of PTI: Stories of hopelessness and helplessness 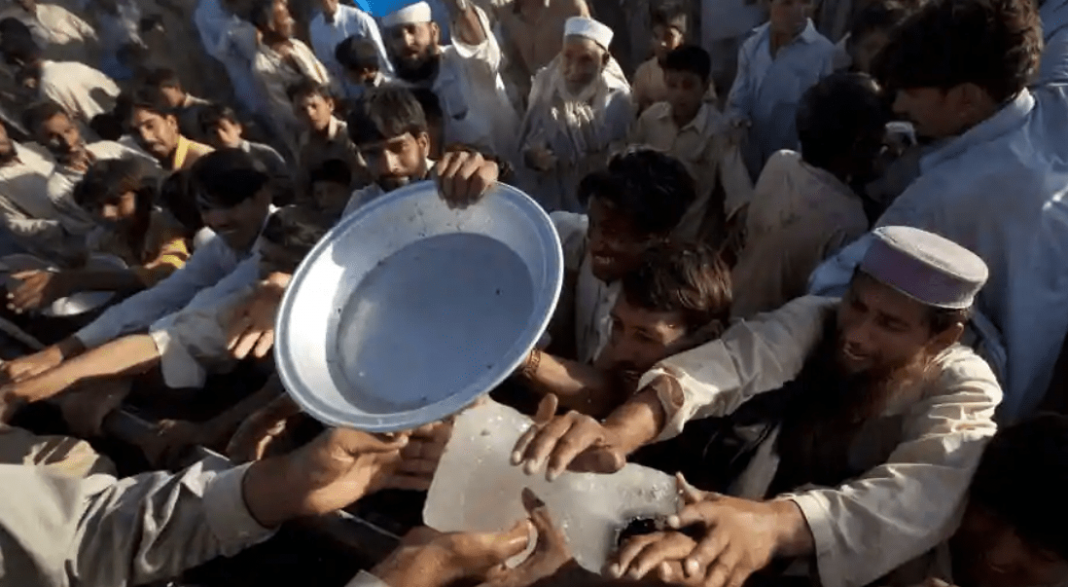 Despite the government’s strong claims of doing everything to curb inflation, the on-ground picture is far from any better.

People from the corporate sector, agriculture sector, and even trade unionists are protesting against the government for failing to provide basic necessities to people.

Ashraf Skindar works as an accountant in a private company in Lahore and receives Rs35,000 per month as salary.

He is a father of four children and his routine life perfectly explains the situation of a common person.

His monthly budget allows him to buy three litres of milk daily for his children, and he gives Rs10,000 to the milkman at the end of the month.

After paying Rs12,000 as house rent, spending Rs10,000 on monthly ration and Rs3,000 on utility bills, he is left with zero balance at the second day of every month.

“I pass the rest of the days by borrowing from friends and relatives, which I have to pay back as soon as I get my salary,” said Skindar.

With a tight budget, he could hardly imagine taking his family for hoteling or shopping.

Skindar said, “We buy clothes and shoes for the kids and wife only on the occasions of Eid, which is a blessing from my company owing to two annual bonuses.”

Two of his kids go to school, in which his wife contributes and pays their tuition fee by making some money after sewing clothes.

“Can you imagine our situation if someone from my family gets sick? Literally, we can’t afford even medicine,” he told the Minute Mirror with a sombre expression.

Meanwhile, Hadia, a 30-year-old divorced woman, who is an employee at a medical clinic at Thoker Niaz Baig, works at two private facilities (second in Baghbanpura) to meet both ends.

After completing her first shift, she hops on the Orange train to reach the second facility. She returns home after midnight and earns a total of Rs25,000 from the two jobs.

“I’m only passing my days of life,” said the energetic, yet broken lady.

Muhammad Ashraf, a farmer from Jhang, has a wife and two kids in village 451/JB. Ashraf owns five acres of land, two buffaloes, and three goats.

Comparatively “wealthy” from the fellow villagers, Ashraf still complains against the PTI government policies regarding agriculture.

“Do you know what is the price of DAP (a fertiliser) today? It is over 6,500 rupees now. The per bag price was Rs3,000 in 2018,” he said, adding that small farmers could not afford the basic fertilizers, pesticides, and seeds for the crops.

“We face severe shortages of canal water. The tubewell water cost us thousands at the end of the season because of the high electricity and deasel price,” he added.

Inflation and unemployment remain the most worrisome issues for Pakistanis, according to the latest opinion poll by Ipsos, the global market and research and consulting firm.

Aima Mahmood, a leading trade unionist and executive director of Working Women Organization, thinks that a massive increase in prices of basic-need commodities turns the life of labour class and common Pakistanis miserable.

“Two years ago, the flour price was Rs40 per kg and now it was crossing Rs70, cooking oil rate is touching Rs360 from 160 per kg in 2018, sugar jumped from Rs70 to Rs110 per kg and petrol price is Rs123 per litre, with almost 40 percent increase in two years,” she said quoting the latest figures.

In 2018, the estimated average inflation rate in Pakistan amounted to about 3.93 percent and now it is more than nine percent.

Aima says inflation and unemployment could cost the PTI heavily in the next polls. “If the government failed to fix the problems, it should prepare itself to face the wrath of the masses in the local government polls and general election,“ she warned.

Mian Umair Masood, president of Pakistan Kissan Ittehad said, “Small farmers are unhappy over the government policies. The so-called agriculture reforms are just benefitting the corporate farmers and companies. A farmer could not afford even schooling of his children due to massive inflation.”

The Pakistan Institute of Development Economics (PIDE), during a briefing to senators last week, painted a grim picture of the rising rate of unemployment across the country, underlining that 24 percent of educated people were jobless at the moment.

The PIDE said the unemployment rate in the country had reached 16 percent, contrary to the government’s claim of 6.5 percent. Senators were also informed that 40 percent of educated women were unemployed countrywide.

The Economic Survey 2020-21 released in June this year had revealed that the spread of Covid-19 had severely affected employment conditions in the country and the suspension of economic activities due to imposition of lockdowns rendered an estimated 20.71m workers jobless.

On the other hand, the government is saying “all is well”. According to Finance Minister Shaukat Tarin, the economy was moving in the right direction, although the nature of meetings that the minister was holding suggested otherwise.

Meanwhile, Minister for Energy Hammad Azhar claimed that prices of petroleum products in Pakistan were lower than in 127 countries. He maintained the government was making efforts to provide relief to the people, claiming a record subsidy was given to Utility Stores Corporation besides allocation of hefty funds to Ehsaas Programme and Health Cards.

Whatever the government ministers claim, the situation of people narrates a different story, a story of helplessness and hopelessness.