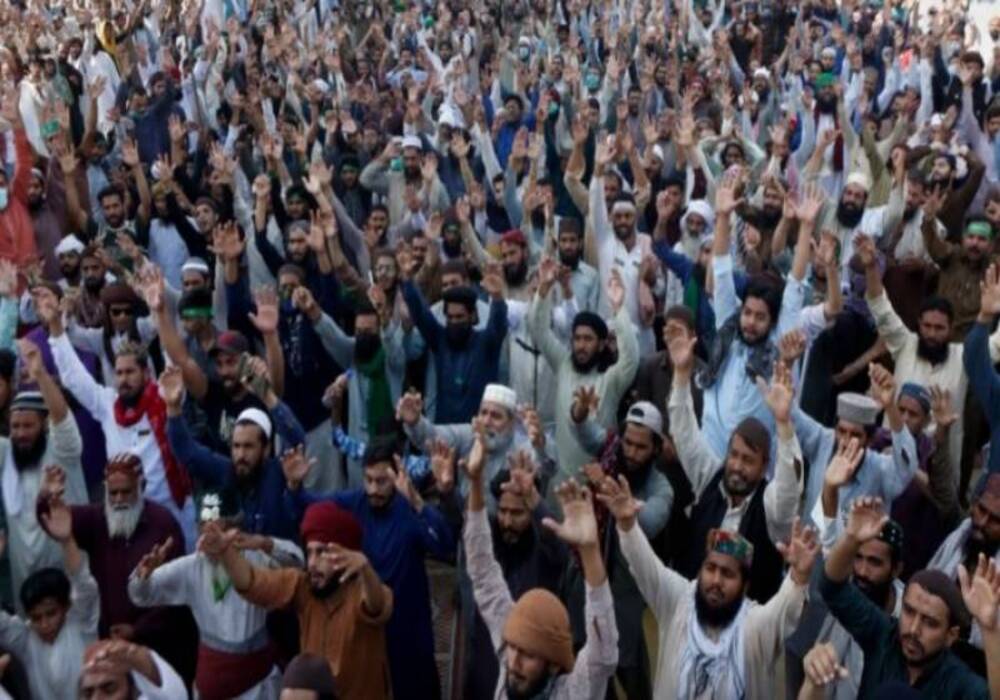 The Tehreek-e-Labbaik Pakistan (TLP) has failed to keep the momentum of general elections 2018 in the by-polls of Punjab despite running a fierce campaign in all 20 constituencies where its candidates were contesting against the main political parties, the Pakistan Tehreek-e-Insaf (PTI) and the Pakistan Muslim League-Nawaz (PML-N).

Bagging a considerable number of votes throughout the country in 2018, especially Lahore, the far-right Sunni/Brelvi organization’s contestants could not even touch the five digits in the by-polls till the filing of this report [on Sunday], according to unofficial results.

The TLP surprised many in June 2022 by-polls in NA-240 Karachi, considered as the stronghold of the Muttahida Qaumi Movement-Pakistan, where its contender Shahzada Shahbaz got 10,618 votes against the MQM-P’s Abu Bakr’s 10,683, losing the seat with the difference of mere 65.

Many believed the TLP would make a clear impact on Punjab’s by-polls, but the speculation proved wrong on Sunday. TLP spokesperson Saddam Hussain believed “some powers” played the role in the victory of the PTI. “We noted rigging at different polling stations. Our voters were blocked from casting votes,” he claimed.

But a party insider told Minute Mirror the TLP lost the charm it had been enjoying at the time of Maulana Khadim Hussain Rizvi, the late founder of the party and outspoken religious cleric.

Saad Hussain Rizvi took control of the TLP after the death of his father Khadim Rizvi in 2020. Despite being young and energetic, he could not establish his credentials as an alternative to his father among the party leaders and voters.

Some senior leaders of the TLP including Pir Afzal Qadri and Pir Ijaz Ashrafi distanced themselves from the party and many supporters believe Saad compromised on his father’s stance and could not stand firm on TLP’s narrative.

Young Rizvi made repeated claims during the campaign of the by-polls that his party candidates would give surprising results. But they failed to grab even 5,000 votes in any constituency as against the PTI and PML-N aspirants who even bagged 50,000 plus votes in different areas.

On the other side, the Jamaat-e-Islami also miserably failed to attract the voters in by-elections, keeping its years-long track record intact of gaining 500 to 1000 votes in Punjab’s constituencies. The JI candidates were contesting the by-elections in 10 constituencies and it was the second main religious party along with the TLP who chose not to side with the main political rivals in the election battle.

JI Emir Sirajul Haq addressed rallies in Lahore, Rawalpindi, Faisalabad, Bhakkar, Khushab, Layyah and Sahiwal to vow the voters, attacking the traditional political parties and holding them equally responsible for the plight of the people. Till late 90s, the JI candidates would receive 5,000 to 10,000 votes in different constituencies which were now reduced to 500 and 1000. It is the first time in the political history of Punjab the JI has not even a single representative in the provincial assembly.