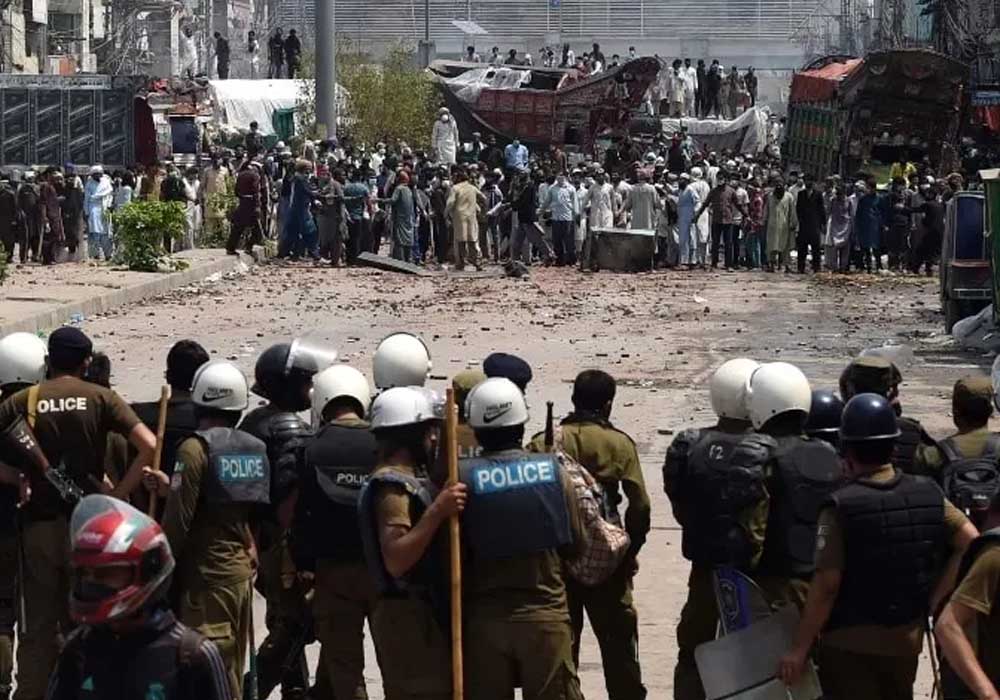 The Havelian Police on Monday registered a case against the leaders and workers of Tehreek-e-Labbaik Pakistan (TLP) under 7 Anti-Terrorism Act (ATA) for kidnapping five government employees and 33 police officers besides damaging and burning public and private property.

Some 34 violent protestors were arrested. According to police sources, over 6,000 TLP workers led by party chief Saad Hussain Rizvi, Mufti Shafiq Amin and Qari Umeer Al-Zari, aboard about 600 vehicles, entered the Abbottabad district in violation of Section 144. The district administration, along with the members of Dispute Resolve Committee (DRC) and local Peace Committee, Ulema, and businessmen, tried to negotiate with the TLP leaders to maintain the law and order situation, but they refused.

The TLP workers resorted to violence, using batons, rods, and slingshots, besides firing, injuring some 33 police officers and jawans. They also set many police and private vehicles and motorcycles, on fire and escaped with a huge quantity of arms and ammunition. The TLP workers also abducted five government employees, who were later recovered by the police from their custody. District Police Officer Abbottabad Sajjad Khan visited Ayub Medical Complex and inquired after the injured police officers admitted there.

TLP reaction: Tehreek Labbaik Pakistan chief Saad Rizvi has held the PTI responsible for the killing of his party worker in Havilian Haripur. Talking to reporters after leading funeral prayer of TLP worker at Scheme More on Monday, he said KP police fires shots at the Miladun Nabi rally from Haviliana to Abbot Abad on Saturday nights, resulting in the death of a participant and injuries to many others.