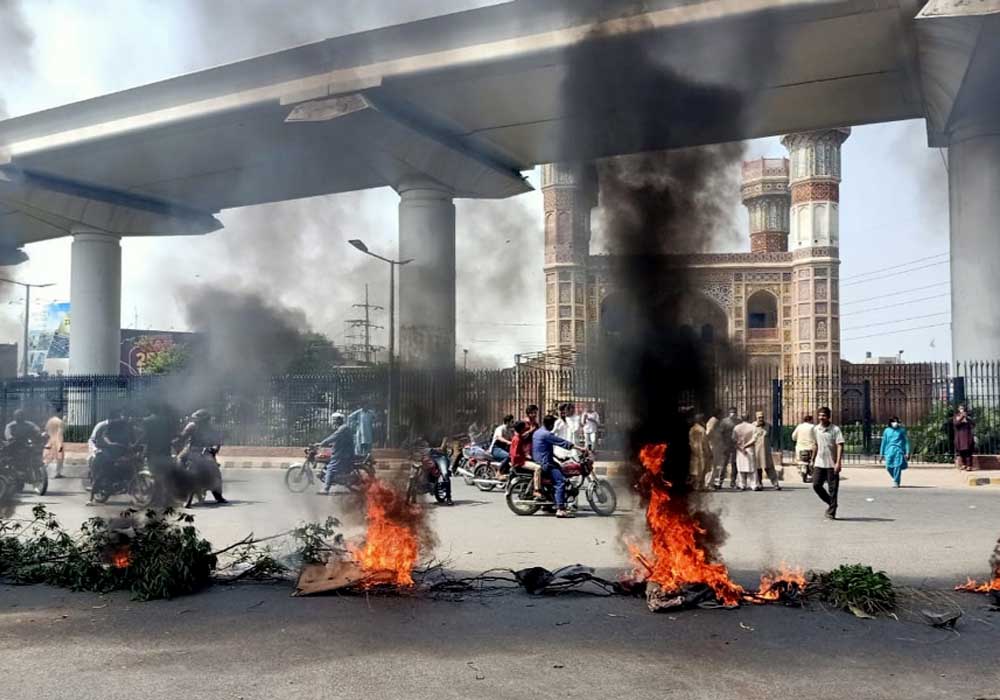 The protest demonstration was held at Chauburgi, keeping the traffic at halt for hours and creating a mess on adjacent city routes. The protest participants chanted slogans against the LESCO and government authorities. They said that on one hand the electricity tariff has gone up multiple times and on the other load shedding and tripping has destroyed their businesses. Traders closed their shops and stage a sit-in at the main road. They said that they had requested multiple times that they be provided transformer but no one bothered.

The LESCO staff, they said, was demanding Rs400,000 for the installation of a new transformer but few months back its fee was Rs150,000. Later they called off the protest for getting assurance from the administration that their complaints will be addressed within week. On the other side, hundreds of farmers protested against increase in electricity traffic for agriculture consumers in front of Lahore Press Club. Pakistan Kissan Board organized the protest demonstration. The farmers asked the government to decrease the electricity traffic or they would be forced to expand the protest demonstration at national level. They said the high prices of agriculture inputs and electricity destroyed their earnings. They demanded government bring down the electricity per unit price at Rs5.85 for agriculture connections and provide them uninterrupted power supply as per the government promise.