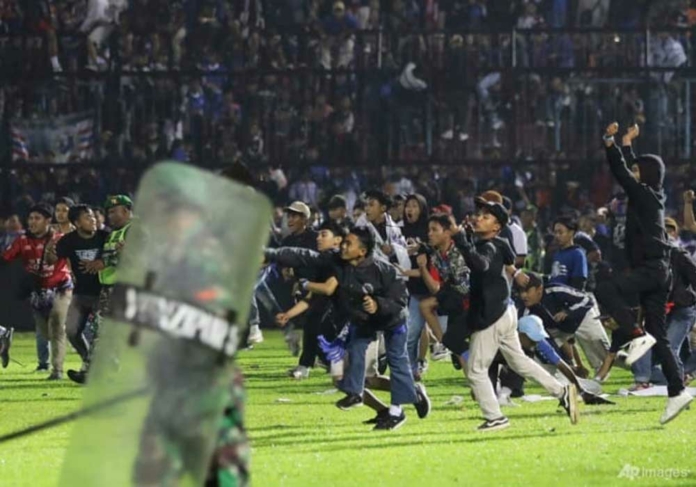 At least 174 people died in one of the deadliest stadium tragedies in history that took place at an Indonesian football game.

On Saturday, in the aftermath of the host team Arema FC’s defeat to ferocious opponents at the packed stadium late in Malang, East Java, rioting occurred which led to 174 deaths and injuries to 180 people.

The crush occurred after police used tear gas to disperse people, who had entered the pitch,

Thousands rushed towards the exits of Kanjuruhan stadium as panic ensued, with several of them suffocating.

According to FIFA, neither stewards nor police officers at games should possess nor employ “crowd control gas”.

FIFA President Gianni Infantino stated that it was “a dark day for all involved in football and a tragedy beyond comprehension”.

Initial reports estimated the death toll at around 130, but later reports indicated a huge increase to 174 deaths and an additional 11 critically injured persons.

All games in Indonesia’s top league must be postponed until an inquiry is completed, per a directive from President Joko Widodo.

In Indonesia, there has always been violence at football games between Arema FC and Persebaya Surabaya.

Due to concerns about altercations, Persebaya Surabaya supporters were not permitted to purchase tickets for the game.