Tribute paid to classical music maestros for their contributions to genre 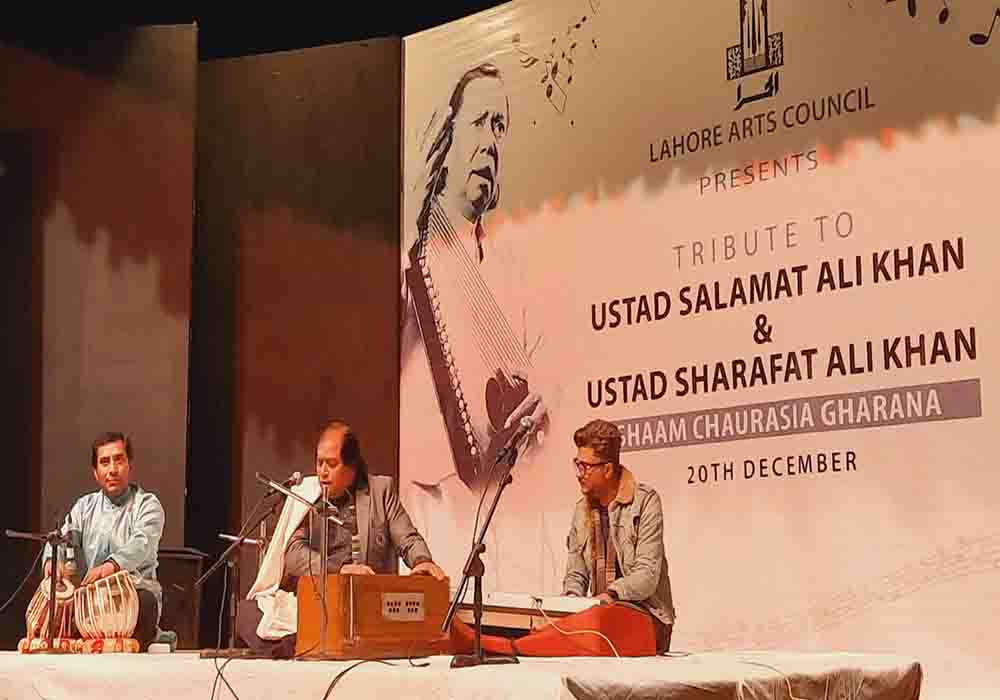 On December 21, Alhamra Arts Council, Lahore held a classical music night to pay tribute to singers who have earnestly and consistently practiced and contributed in the field – Ustad Salamat Ali Khan and Ustad Sharafat Ali Khan.

Alhamra Executive Director Zulfiqar Ali Zulfi addressed the audience to acquaint them with the motive behind the event, which according to him, was not only to pay tribute to the singers but also keep the art of classical music alive through more and more of such programs. He further said that LAC takes care to arrange essential steps for promoting classical music, which Alhamra considers its priority.

“The families which have rendered high services in classical music belong to Punjab; these families have kept this art alive even in modern times, which is remarkable,” he added.

During the evening, singer Ejaz Ali Khan’s spellbinding voice entranced the audience. Singer Alisha, Mahmood Hussain and Sakhawat Ali Khan presented Sufiana Kalaams, giving the event a spiritual touch as well and receiving a massive round of applause for their brilliant performances. Apart from the classical songs and Sufiana Kalaams, renowned artists Akmal Qadri and Muzamil Hussain also offered their services as phenomenal instrumental players. The event was attended by people from different walks of life, and also got broadcasted live on Alhamra’s Facebook page.