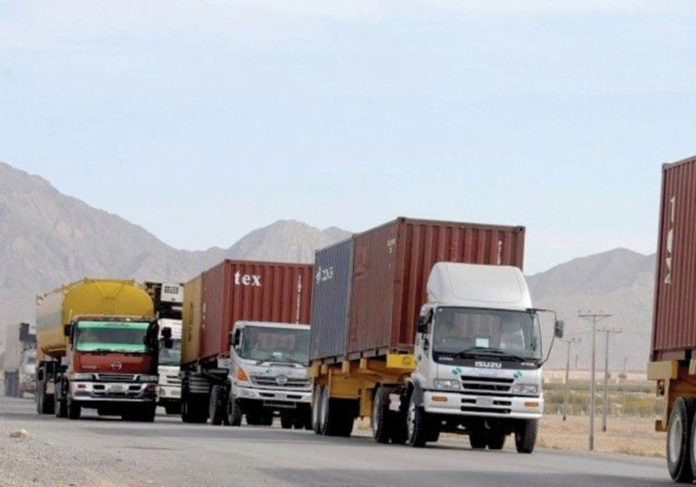 An as-is analysis reveals Pakistan moves its ninety percent of freight, up and down the country, through roads. Pakistan today has 2816 kilometers of operational motorways and another 1213 kilometers of them are under construction. Total length of paved roads is 127,548 kilometers. In addition, the sale of approximately forty-five thousand trucks between July 2008 to June 2019, sent the total registered number surging to 277,416 in year 2018, probably attributable to Chinese and European truck manufacturers evincing keen interest in commercial heavy vehicle market in the country. Multiple infrastructure projects under the banner of CPEC are also on the cause and effect diagram. Ratio of almost two trucks per paved kilometer of Pakistani roads is again a manifestation of our preference for moving freight on roads, instead of rails.

These load carriers of varying capacities are employed to transport petroleum products from refineries, oil terminals or ports, harvests from farms to market and import / export goods, from and to, sea port and dry ports. Intercity transportation of goods and materials is also carried out on these load carriers. This transport echelon is organized in form of goods and POL forwarding agencies country wide. Moreover, international freight movement on our roads is also being conducted by registered international freight moving agencies. The upcoming network of motorways and highways shall further increase the quantum of freight movement through roads. One can argue that with a number of high speed-purpose built corridors, across the length and breadth of the country, shall cater for increased demand in this regard.

The infrastructure planners and developers however have to remain cognizant of the fact that no matter how much high quality planning goes in, there is always an upper limit to quantity an infrastructure can handle. And for that again rules and regulations come in as safeguards. Let us take a case in point; the first weigh station installation on Lahore – Islamabad Motorway (M-2) near Balksar was undertaken on its commissioning. The max load limit for a load carrier was fixed at around 17 tons (including axle load and load being carried). The foremost load carriers which were checked were exerting a staggering 32-35 tons on the motorway surface. Consider the effects on an infrastructure being exposed to almost the double of its design capacity, horrendous, to say the least.

It is very common these days to resort to use of info-tech for the same very reasons. A cousin of mine recently visited me from Canada citing all sorts of examples of technological means like telemetry, central control rooms, and data centers being employed to ensure monitoring of freight on highways and freeways, in real time. Although I was not sure but somehow I was convinced that Pakistan having made great strides in IT, the same shall have not remained elusive here till now. Right I was. all is being done to the point where the technological backbone needs the support of human intelligence and integrity to stand tall. And poof, here we falter. The consequence of the same becomes clear if we take into account the never ending repairs which perpetually go on, on our national highway N-5. Somehow we have to arrest the trend.

The ensuing gap analysis presents us a tri perspective view, one; rule of law, two; seeking economical alternate means of freight movement and last but not the least incorporation of road and transport safety practices. Our land of pure does not have dearth of enactment of laws, rather suffers from lack and slack of monitoring the enforcement. Easy comes the idea that strict enforcement of laws need to be ensured and even more conveniently vanishes the semblance of the same. Reasons are embedded in corruption and mafia controls which are beyond the scope of this article, however they do ultimately contribute to massive depreciation of our road network.

Cost benefit analysis for a highway like any other infrastructure, can be taken into account on the basis of capital expense (cap-ex) and operational expense (op-ex). Operational costs cannot be controlled unless load bearing on our highways is not controlled. No amount of technological ingestion can supersede the need of national will to make a difference. We cannot afford the luxury to sit back and not resorting to alternate means to offload our national highways and motorways. The award for fastest and the cheapest means of freight movement like everywhere else in the world, goes to railways, yet again. Therefore, in my opinion it is imperative to strengthen and expand our outreach on tracks. The Indian railways case study in this regard is a pertinent example to quote. Under its minister Laloo Prasad Yadev, Indian railways made use of the concept of Roll-off, Roll On (RORO) trains for freight movement. In a nutshell these are trains loaded with goods laden trucks which are rolled on to the train through special ramps and are rolled off on reaching their respective destinations. We can also make use of the same concept to reduce the wear and tear of our road network and reduce freight costs. The concept of road safety cannot be understood and implemented without incorporating the transport safety. Former being a function of those who maintain and operate highways, freeways or motorways, whereas latter has implications for those who own, maintain and operate passenger and goods transport. So one is related to infrastructure and the other pertains to the means of utilization.

It shall be of value that Pakistan Railway further incentivizes the private sector for freight handling on rails. Goods transporters shall be lured to be part of the solution than being part of the problem thus enabling our highways to offer safe environs for commuters without getting daunted by freight wielding big wheelers. The time for us to remain “truck struck” is over now.