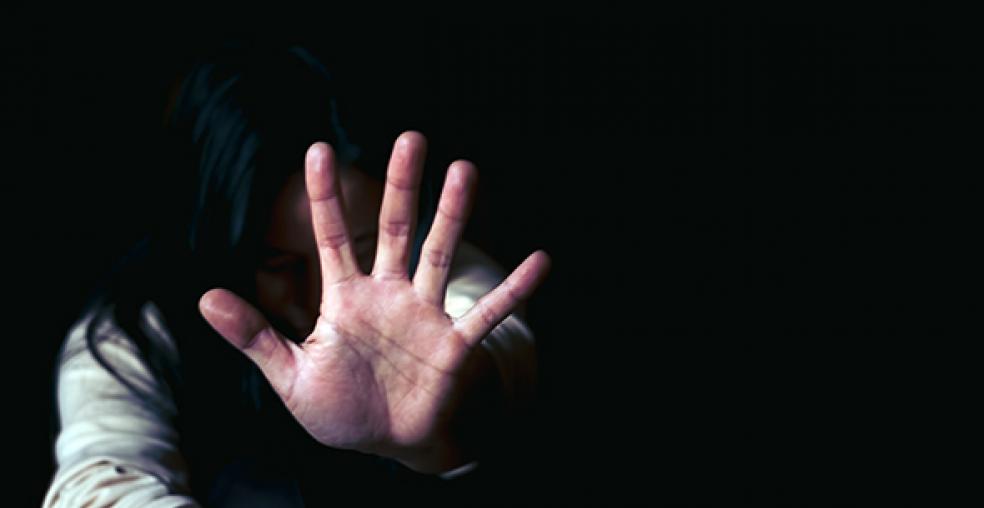 Aunt Abda was married off to a local locksmith’s son and went on to have three girls. The very first night of her wedding, her husband, whom she had never seen or met before that night, began a decade of what would turn out to be unending physical and psychological abuse. She told my mother how she was brutally ‘raped’ by her husband, repeatedly pushed, shoved and slapped around. He told her she was going to be his serf and that if she disobeyed him or his family, to expect ever worse beatings.

Traumatized, she returned home to tell her mother of the violent initiation of her marriage. She was told to give it time. That if she was patient, the husband would come around and everything would normalize, once she proved to her husband what a good wife she was. She went on to have three girls. When their elder daughter turned seven, the father took to beating the child as well, saying he wanted to make sure his daughter learned her lessons early and did not end up a debauch like the damaged bag of goods passed on to him in the form of Abda, his wife. The good Muslim man said he was doing his ‘religious’ duty by keeping his wife in line.

Abda tried many times to return to her parents’ home, pleading with them to save her from further abuse. They refused to take her in, saying a woman’s place was in her husband’s home. She would confide in my mother about her daily beatings and about being ‘raped’ nightly, pleading with her to find a place where she could hide. Her mother told her if she knew of such a place, she would go there herself. There was no place for women like Nano and Aunt Abda to run to.

Abda kept saying she would one day find a place, and would take my mother with her. My mother had no such delusions. Abda would live to find out that there was only one place for her to run, to her grave. They grew apart when my mother moved away to seek higher education and then became busy with a family of her own. When they discovered they lived in the same city post partition, Abda’s husband forbade her to visit her relatives.

On a good day, Abda served her in-laws all the day, always at the receiving end of verbal reprimands during the day, followed by beatings and forced intercourse at night. On rare occasions, Abda tried to question her mother meekly about family honour, which demanded Abda’s silence. She asked her mother whether flesh wounds did not entitle her to a little help? “Only till your flesh heals, then you go back to your husband’s home,” came her mother’s reply. What if the abuse was then meted out to her kids? Must she stay, even then? “Even then,” said her mother, “Even then.”

The night Nano spent in labour, Abda nursed her seven-year-old’s fresh wounds from the first beating at her father’s hands. As she cleaned her daughter’s wounds, she reportedly told a neighbour that that was the last time she would allow her husband to touch her child. The neighbour asked her how she planned to stop it and Abda went silent. The neighbour mocked her, saying Abda had been unable to stop him from beating her for over a decade, what made her think she could stop him from doing to her child what he had done to her? The neighbour left Abda with that thought.

The thought brewed in her head as she prepared the last meal for her family. Abda tried unsuccessfully to have her daughter eat some dinner that night. The child refused. Was that the straw that broke Abda’s back? How could it not have been? Abda walked out of her husband’s house, holding the baby with one hand as it slept on her shoulder. The two small girls walked alongside her, holding each other’s hands. She had waited for everyone in the household to fall asleep, her husband, her mother-in-law, the other family members. She awakened her two daughters, ages five and seven, and told them they were going out for a walk.

The little girls hesitated, but Abda assured them it would be fun. They had no indication of what was going through their mother’s mind that fateful winter night. Abda had finally found them a new, permanent place to hide. A place of immense freedom, where there would be no more beatings, no more pain, no more humiliation.  She walked quickly and quietly, like a mouse running for its life.

A few miles away, in Dr Sami’s ill lit clinic, Ami wailed and screamed during the contractions that would deliver me to the world. She prayed for an angel, as did Abda, to help her out of her pain.  One mother prayed for a newborn’s life, the other for release from a life of pain. Each of the mothers was determined to deliver their children to safety.

Abda’s little girls followed her like chicks following a mother hen. It was not a long walk. For years she had laid in her marital bed, listening to the sounds of the trains passing by, imagining what it would be like. What did freedom on the other side of midnight look like? What could be worse than getting raped and beaten every night for the rest of her life? She knew the answer once she became a mother. The worst thing that could happen to a woman who was regularly beaten, raped, and starved, would be to see her daughters suffer the same fate. As soon as her daughters were born, her husband had started identifying men from the family who would wed them. She simply would not let that happen. She knew she had to find a way to save her daughters. That night she put her plan into action.

It was a cold November night. She could hardly see anything, so thick was the fog. Their breath froze as they exhaled. She stumbled, but kept trudging along, her little ones in tow. Her mind was clear. The cold night air chilled her to the bone. Numb to all physical sensation because of the cold, she couldn’t feel her hands. She tugged at the girls’ little arms, telling Zainab and Fatima to hurry lest someone follow. The train tracks were less than half a mile away as they walked over uneven streets. She lost a slipper but kept going. That slipper would be all that would be found of her, for she would soon have no use for shoes.

The train would be on schedule. This was a train she could not miss. She could not go back where she came from. As she walked onto the tracks, her foot was mangled among the sharp stones between the rails. She did not bother to look down as the soles of her feet bled. A bleeding foot was of little consequence now. There was no pain, no more tears to shed. When you are at the end of the rope you respond to a higher calling.

She lay down between the tracks first, with her infant, Hajira, on her chest. She asked Zainab to lie down on her left, and Fatima on her right. They clung to her and closed their eyes. The girls trembled and said “Ami it’s so cold.” She assured them they would soon be warm, so warm. Hajira slept through it all, warm in his mother’s embrace. It would not be long now.

Everything was eerily cold, dark, and extremely quiet, except the approaching train, its flashing light piercing the night mist. Abda involuntarily ran her numb fingers through her children’s hair. The approaching train’s light was like a sun glaring down from the sky to put a spotlight on them. Angels watching, adulating, clapping, as Abda, the star of the show, sang her final swan song. She had come full circle, child, child bride, wife, and now mother. Tonight she would become a person, her own person, stronger than those around her. She heard the train roar, its night light blinding her. She kissed her children’s faces, taking one last look at their innocently shut eyes.

Barely breathing, all three of them were utterly silent. Even if they raised their voices, it would have been lost in the deafening blast of the train’s horn. But the screaming inside her heart reduced the sound of the train to a whisper. A lullaby. She was calm as the train approached.  She did not flinch. Her body did not tense up. In my mind’s eye I see her as relaxed, grateful. I don’t see tears running down her face. I see a smile. I see resolve. I see what she sees. Salvation. I see a train carrying her out of the fog of her life of pain.
True emancipation delivers complete freedom from the chains that bind you, even if in breaking them, your body is physically eviscerated. In Abda’s mind, death was the path away from tyranny, toward freedom. Not many of us have the same courage of our convictions. It was how she exercised her free will for the first and last time of her life. Death was her truth.