Party says domestic and foreign policies of government have failed 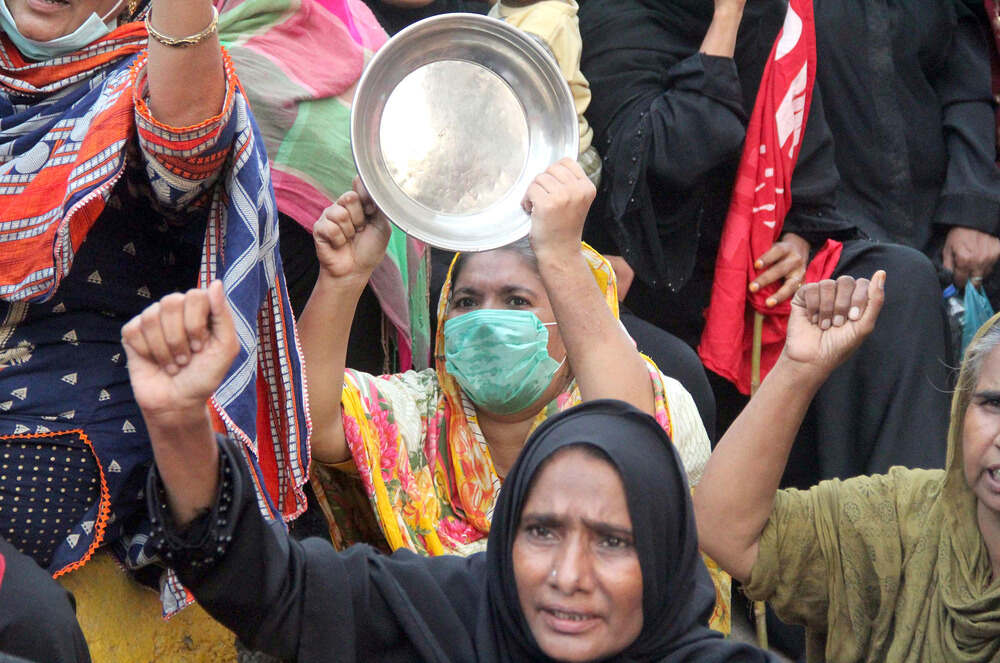 The PPP leader said that the whole country was in trouble due to inflation and daily increase in prices. “There is a new budget every day and a common citizen can’t even pay his utility bills,” Ashraf said while addressing a press conference with Hassan Murtaza, Samina Khalid Gharki, Shehzad Saeed Cheema and Nargis Faiz at the party’s Model Town Secretariat.

Ashraf said that over 220 million people were suffering due to inflation and unemployment. He also came down hard on the PM’s aides and his spokesperson, saying that they were rubbing salt into the wounds of the public. Talking about the economy, Raja Pervaiz Ashraf said that the other day US dollar had reached the highest level yet on record while rupee keeps losing value. “Domestic and foreign policies of the government have failed,” said Ashraf, adding that people were miserable.

“PPP is now in the streets to show solidarity with the people,” said Ashraf, criticizing the PTI government, who he said had drowned the people in the ‘tsunami of inflation’. He also said that the PTI government has completely ignored the parliament, which is tantamount to insulting the state institution. “You are hiding behind ordinances instead of doing proper legislation,” he criticized the PTI while referring to its penchant for issuing ordinances instead of enacting laws in parliament.

“Every government that does not find its relationship with the parliament is always seen adopting resolutions,” said Ashraf, making it clear that PPP does not have any trouble with the NAB chairman but with the procedure the government had adopted to make his appointment. The PPP, he said, believed in dialogue but would not compromise on the law and the constitution. He also stated that the military is an important state institution and it should not never be criticized. He urged the government to ensure a constructive environment inside the parliament, saying the PPP does not have any problem with any organization.

Later, the PPP took out a motorcycle rally to condemn the sky-rocketing inflation. Raja Pervaiz Ashraf led the rally while Syed Hassan Murtaza, Shehzad Saeed Cheema and Aziz-ur-Rehman Chan took part in it, condemning the PTI government for increasing prices of everything, and rising unemployment. Malik Jamshed, Sabir Bhalla, Mohsin Malhi, Imran Athwal were also present. Jiyalas reached Model Town Secretariat on motorbikes from all zones of the city to take part in the rally. They were holding party flags and were chanting slogans against the PTI government. “Inflation has stricken us badly while the government is in a deep slumber,” said a participant, adding that the poor were crying for help. “Unemployment and inflation have affected the public,” he further said.