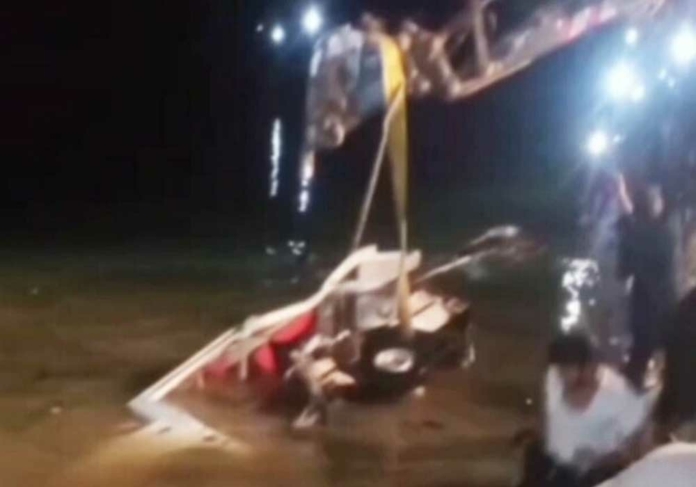 A deadly road accident left as many as 20 pilgrims dead on the battered Indus Highway on Thursday.

According to officials of Jamshoro district, as many as 20 people, mostly children and women, from the Phulpoto community of Khairpur district met a fatal accident when they were on their way to Sehwan Sharif.

Talking to the media, SSP Jamshoro Imran Quraishi said that a van carrying at least 28 pilgrims from Khairpur overturned and fell into a pit filled with floodwater at Sehwan Toll Plaza due to which many of the passengers drowned. The bodies of 20 victims and eight others who were injured were brought to Syed Abdullah Shah Medical Institute in Sehwan Sharif. While confirming the casualties, Jamshoro Deputy Commissioner Fariduddin Mustafa told media persons that two injured persons were critical.

Mustafa said the van driver failed to see the barricades along the route. “There was a ditch adjacent to the highway where floodwater had accumulated during the recent floods.” The deceased include eight women, six girls and six boys.