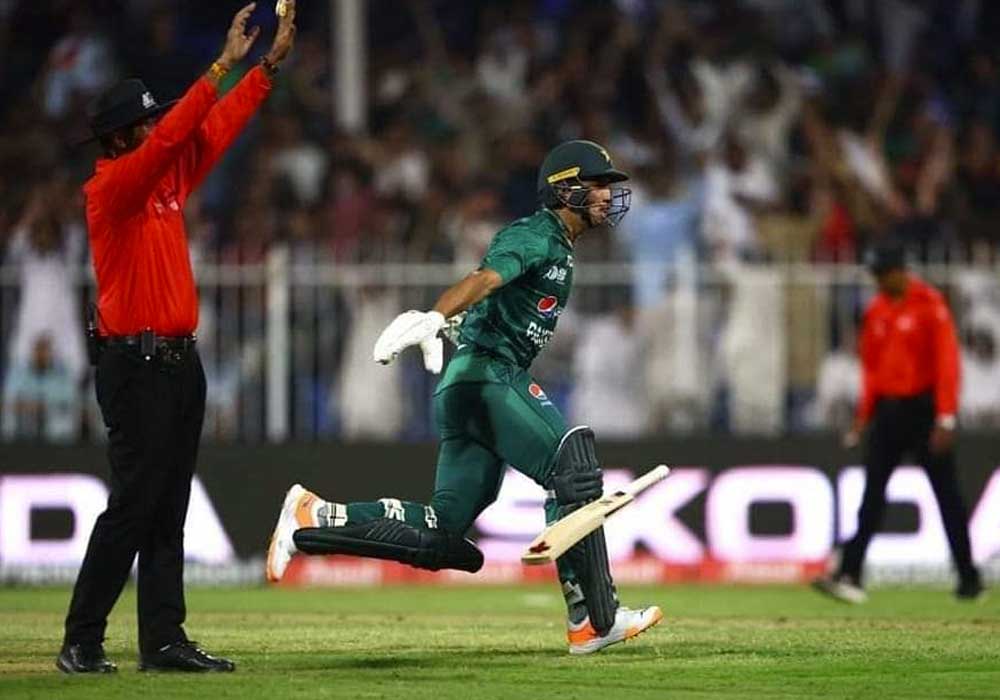 Naseem Shah’s clutch sixes on back-to-back balls of the final over helped Pakistan defeat Afghanistan by one wicket in their Super Four match of the Asia Cup 2022 in Sharjah on Wednesday.

Heading into the final over, Pakistan needed 11 runs with just a wicket in hand, thanks to an astonishing batting collapse. However, the 19-year-old Naseem, whose primary job is that of a pacer and who came in to bat at number 10 when all seemed lose, turned the match on its head.

As Fazalhaq Farooqi went searching for yorkers but only found full tosses, Naseem took full advantage and dispatched both over the boundary line for maximums, triggering a sequence of wild celebrations.

The youngster’s heroics were required after a batting collapse saw Pakistan go from 87-3 to 118-9, losing six wickets for just 31 runs. Among their many batting failures was their captain Babar Azam, who failed for the fourth straight match in Asia Cup.

Rauf took 2-26 after Pakistan elected to field first knowing victory would secure a place in Sunday’s final against Sri Lanka and knock India out of the T20 tournament.

Afghanistan struggled to put together any significant partnerships, with Ibrahim Zadran (35) the lone batsman to put up some genuine fight.

Rahmanullah Gurbaz started cautiously before hitting pace bowler Mohammad Hasnain for two straight sixes at the end of the second over. Hazratullah Zazai joined in with a few boundaries but soon lost his partner after Rauf bowled Gurbaz with an angling delivery that clipped the off stump.

Zazai’s innings was cut short by Hasnain who bowled the left-handed opener on 21.

Ibrahim and Karim Janat attempted to rebuild against a disciplined Pakistan spin attack, which kept the scoring to under seven an over.

Janat looked to launch spinner Mohammad Nawaz into the stands but succeeded only in skying to long-on.

Ibrahim took Afghanistan past 100 but soon fell caught behind to Hasnain. Rashid Khan added some runs to the total, hitting Rauf for a four and six in the final over to finish unbeaten on 18 off 15 balls.