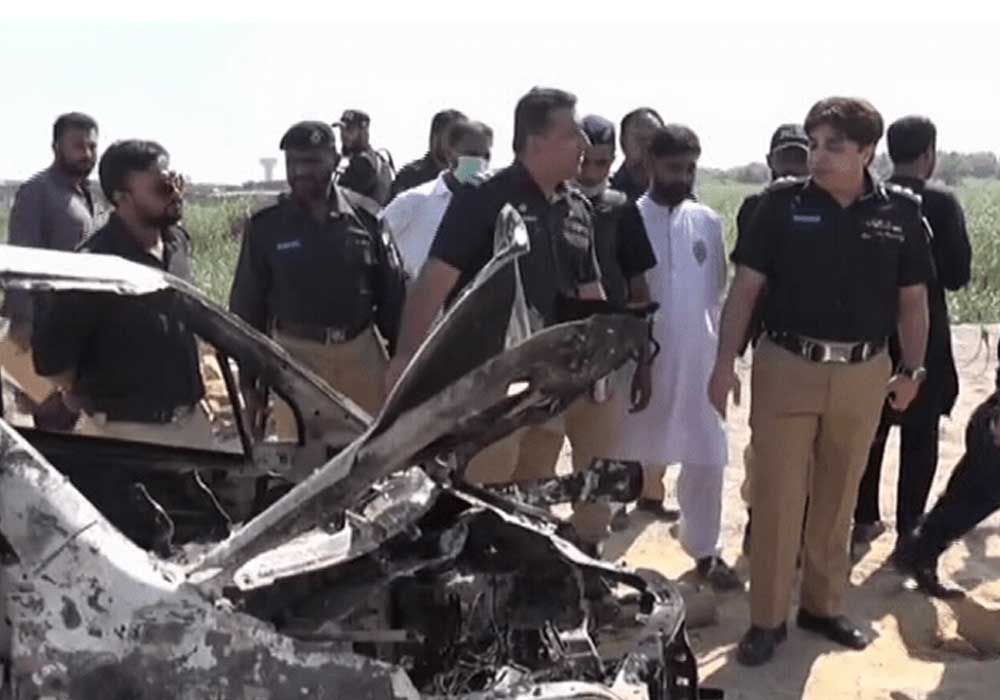 An angry mob lynched two employees of a cellular company in Karachi’s Machhar Colony on Friday after rumours spread that they were kidnappers, police said.

According to Keamari Senior Superintendent of Police (SSP) Fida Hussain Janwari, the deceased were visiting Machhar Colony, apparently, to “check an antenna and signals”. He did not specify which mobile phone company the victims were affiliated with. Equipped with different devices, as they moved in the area in their vehicle, some miscreants spread rumours that they were kidnappers and roaming the area with devices to kidnap children,” the SSP told media persons.

Subsequently, a mob gathered in the area and began beating them with stones and other hard and blunt objects, he said, estimating that the crowd comprised 500 to 600 people. A police team, which was already in the area to provide security to a polio team, rushed to the spot within 10 to 15 minutes after receiving information, the SSP said. “They resorted to aerial firing to disperse the mob,” he said, adding the two men had suffered critical injuries and died at the spot.

The SSP said a first information report would be registered against those involved in the lynching and they would be identified with the help of witnesses. “They will be taken to task,” he vowed.

Separately, South Deputy Inspector General of Police Irfan Ali Baloch took notice of the incident and directed the Keamari SSP to personally conduct an inquiry into it, according to a statement issued by police. The statement said the preliminary inquiry report identified the deceased as employees of a cellular company. The police surgeon, Dr Summaiya Syed, confirmed that the postmortem examination of the deceased’s bodies had been completed. She said the bodies of the two men were shifted to Dr Ruth Pfau Civil Hospital by Docks police.

The men had extensive injuries and were dead when brought to the hospital,” she said, adding that their skulls had multiple fractures. “There were multiple bruises of varying sizes and severity all over the bodies and multiple fractures in the skull vault.” Syed said there were lacerations on the men’s faces, which were swollen. Police officials said that two suspects have been arrested and further investigations were underway. In the evening, SSP Janwari said confirmed that police have arrested two suspects allegedly involved in the crime, while eight others have been identified with help of videos and witnesses, and raids are being conducted to arrest them. Docks SHO Parvez Ali Solangi confirmed the details shared by the Keamari SSP, saying that the two men were visiting the areas to check the frequency of a mobile tower. “Certain miscreants spread rumours that they were trying to kidnap children in a jungle located near the TCF (The Citizens Foundation) school in the area,” he said.