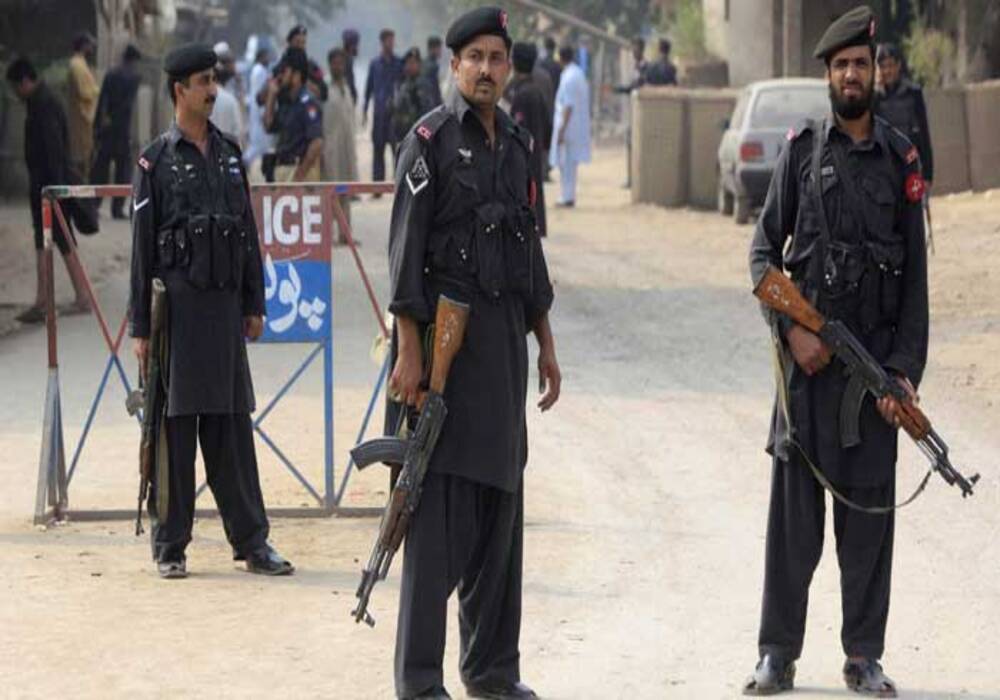 At least two policemen lost their lives while another sustained injuries on Saturday after terrorists attacked a security check post in Khyber-Pakhtunkhwa’s Charsadda district.

The police said in a statement that the militants opened fire on the check post in Dheri Zadad area of the district, leaving three cops injured.

However, police official identified as Imran succumbed to his injuries while being shifted to the hospital and another cop Ramiz died during treatment at the DHQ hospital, the police said in a statement.

DPO Sohail Khalid said that one terrorist was injured in retaliatory firing by the police but his accomplices managed to take him away. “We are trying to find them and a search operation is currently underway to arrest the suspects.”

A Lady Reading Hospital spokesperson said in a statement that they received a thirty-five-year-old injured policeman, who received four bullet injuries.

“Nothing can be said about the condition. A team of doctors is providing emergency medical treatment [to the injured],” he added.

ANP leader Aimal Wali Khan condemned the terrorist attack on the police check post, saying that the growing unrest in the province is “reflecting the critical situation”.

“Terrorists are openly targeting common people including police,” he added.

Those fighting for the throne of Punjab have left the people of Khyber Pakhtunkhwa (KP) at the mercy of terrorists, said Khan.

He lashed out at the former ruling party, saying that “PTI has given the province a gift of terrorism, extortion and target killing during its 9-year rule”.

“ANP is standing with K-P police against terrorism and unrest.”

The attack comes two days after two police officials lost their lives while three others sustained injuries in a terrorist attack led by Tehreek-e-Taliban Pakistan (TTP) on a security check post of K-P’s Khyber district.

As per details, armed militants, including a suspected suicide bomber, carried out the attack on the security check post, police officials said on Thursday.

The martyred policemen were identified as Manzoor and Younas.

According to District Police Officer (DPO) Imran Khan, the terrorist activity took place at the Takhta Baig checkpost in the district’s Jamrud area during which the attackers also used hand grenades and also opened gunfire.

The banned TTP has stepped up attacks since it announced the end of an Afghan Taliban-brokered ceasefire with the Pakistan government last month.

On January 14, three police personnel, including a deputy superintendent of police (DSP), were martyred in a late-night terrorist attack on the Sarband Police Station in Peshawar.