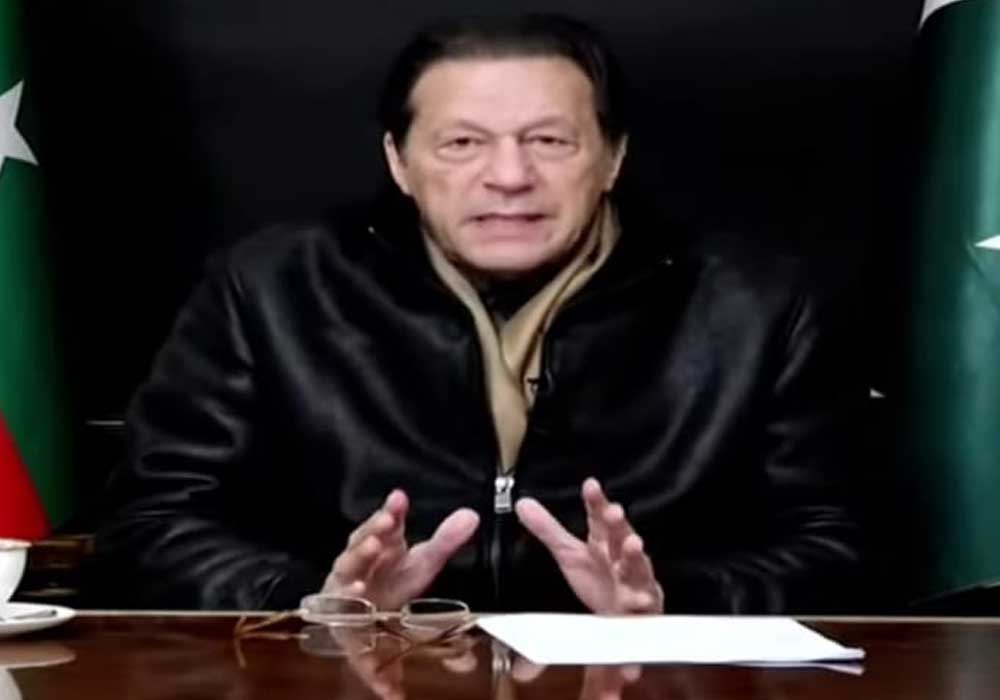 Pakistan Tehreek-e-Insaf (PTI) Chairman Imran Khan said that the two political families in Pakistan have been robbing for 30 years.

The former premier spoke via video link to party members about the white paper and expressed his worry about the current state of affairs, stating that he dreaded where the nation was headed.

He mentioned that the events of the previous eight months were not an example and added that, in light of the circumstances, 700,000 individuals departed the nation.

Khan asserted that the PML-N left the nation with a record imbalance and that it was urgently necessary to address the issues facing exporters. It was questioned how the nation could become an “Asian Tiger” and a “Paris” for Lahore if exporters were not given priority.

Speaking about the International Monetary Fund (IMF), Khan said that the country would feel uncomfortable approaching the IMF and that it would be challenging for the nation to make independent judgments if it got loans from the IMF.

He criticized the coalition administration, claiming that individuals involved in crimes like money laundering were now trying to teach the nation a lesson.

The former prime minister brought up the economic survey while claiming that, after 17 years, his government had performed flawlessly for the country.

Speaking about the NSC meeting that took place yesterday, Khan said that he learned that the group resolved to impose a prohibition on exporting the dollar.