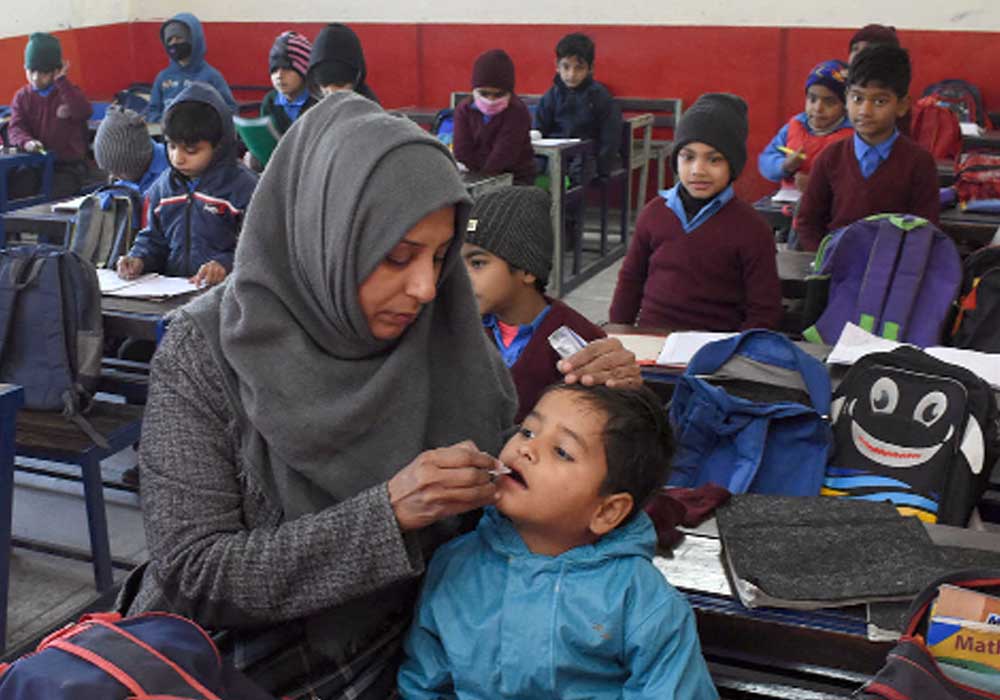 Pakistan’s National Polio Laboratory at the National Institute of Health (NIH) has confirmed the detection of Type-1 Wild Poliovirus (WPV1) in an environmental sample collected from District Lahore.

Meanwhile, Minister for National Health Services Abdul Qadir Patel said that there was unprecedented support and commitment to eradicating polio in Pakistan. He said that the target was complete eradication of the virus from the country and the government was fully committed to achieving all targets with the support of local communities and front-line workers. “Reaching every child during polio campaigns and strengthening the routine immunization system is the top priority of the government,” he added.

The first national immunization campaign of the current year 2023 continued on Thursday to vaccinate children under five years of age against the crippling disease of polio. According to official sources, the campaign was started across the country involving districts of Punjab, Sindh, Khyber Pakhtunkhwa, Balochistan, and Islamabad. Over 350,000 trained and dedicated “Sehat muhafiz” were engaged in the vaccination drive to inoculate the targeted children at their doorstep.

On this occasion, Federal Minister for National Health Services, Regulations, and Coordination, Abdul Qadir Patel said that If we can eliminate the poliovirus from southern KP, we will succeed in eliminating polio from Pakistan altogether. He added that we are actually quite close to the finish line, and we are determined to get there as soon as possible. “Pakistan has made great strides in the fight against polio, with virus circulation, reduced to only one small part of the country”, he said. Dr. Shahzad Baig, Coordinator of the National Emergency Operation Centre emphasized that the anti-polio campaign required collective action at all levels to eradicate the poliovirus from the country completely.

He said that our aim is to ensure timely and repeated vaccination of eligible children. “High-risk districts are our top priority, and we are keen to eliminate the poliovirus from the challenging areas while protecting the rest of the region as well,” he added. “I particularly urge all parents and caregivers to get their children vaccinated instead of hiding them or refusing to take the necessary drops during all vaccination drives. It is important to realize that the polio virus still exists in our surroundings, and no child is safe until all children are truly vaccinated,” Dr. Shahzad Baig said. The National Emergency Operation Centre issued the “Sehat Tahhafuz” Helpline 1166 and 24/7 WhatsApp Helpline 0346-777-65-46 to assist the parents and caregivers in reporting the missed children. Sources added that repeated polio vaccination campaigns are imperative for building immunity among children and preventing possible death or lifelong paralysis.