U19 Asia Cup: Pakistan beat India by two wickets in a thriller 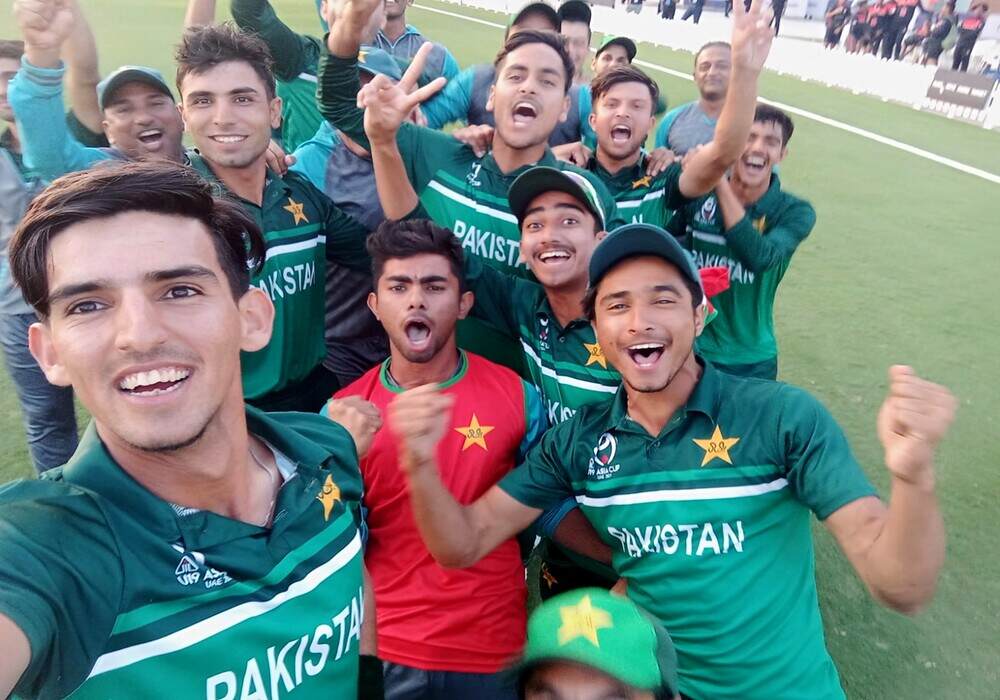 Ahmed Khan’s unbeaten 29, Mohammad Shehzad’s 82 and a five-for from right-arm fast Zeeshan Zameer led Pakistan to a two-wicket win over arch-rivals India in the ACC U19 Asia Cup fixture at the ICC Cricket Academy Oval 2, Dubai on Saturday.

Chasing 238 to win, Pakistan achieved the target for the loss of eight wickets with Ahmed hitting the winning runs on the last ball of the match. Pakistan got off to a shaky start as opening batter Abdul Wahid Bangalzai got out on the second ball of the innings for zero.

Maaz Sadaqat was joined by right-handed batter Shehzad as the pair added 64 runs for the second wicket. Maaz struck four fours in his 45-ball 29 innings. After the departure of Maaz, wicketkeeper-batter Haseebullah (three off six) was next to follow as Pakistan U19 were 69 for three in the 17th over. Shehzad contributed 46-run partnership for the fourth wicket with captain Qasim Akram (22, two fours, 40b) and 44-run partnership for the fifth wicket with Irfan Khan (33, three fours, 50b) that kept Pakistan scoreboard moving.

Player of the match Shehzad top-scored with 82 off 105, hitting four fours and five sixes. It was little cameo from Ahmed who helped Pakistan cross the line. The right-handed batter Ahmed’s unbeaten 29 came off 19 balls, which included three fours and one six. Right-handed batter Rizwan Mehmood coming to bat at number-seven chipped in with a 34-ball 29, hitting four fours. For India, Raj Bawa picked four for 56.

Earlier, after being put into bat, India were reeling at 41 for four in the eighth over courtesy Zeeshan Zameer’s three wickets upfront. The right-arm pacer accounted for Angkrish Raghuvanshi (naught off four), Shaik Rasheed (six off six) and captain Yash Dhull (first ball duck). He went on to take two more wickets in the last spell of his bowling to end-up with match figures of five for 60 from 10 overs. Right-arm fast Awais Ali, who was awarded player of the match in the last game against Afghanistan took two wickets for 43.

Pakistan in their next fixture will play UAE on Monday at the ICC Cricket Academy Ground in Dubai.

Pakistan U19 beat India U19 by two wickets

Player of the match: Mohammad Shehzad (Pakistan U19)