48m ‘hoarded’ Panadol tablets confiscated from a warehouse in Karachi 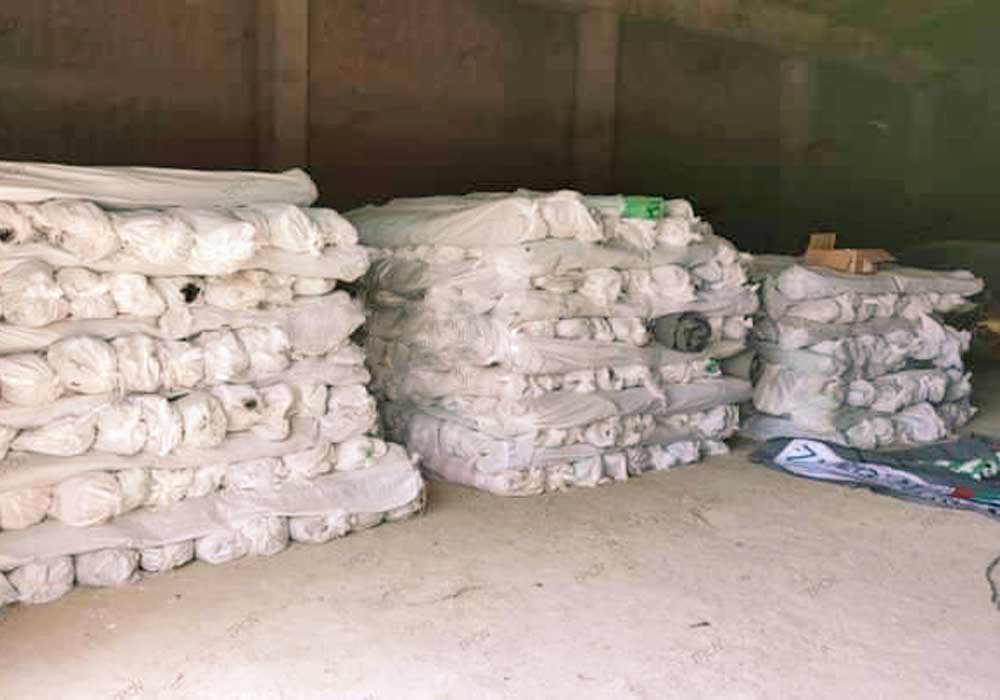 The district and sessions judge of Qambar-Shandadkot Zahid Hussain Maitlo along with judicial magistrate Imran Gad raided a rice mill in Naseeeabad Town on public complaints and recovered over one thousand tents and other relief goods reportedly donated by the United Arab Emirates (UAE) government for the flood-affected people of the district.

After confiscating the imported relief goods, the judges directed the local police officials to arrest the mill owner Sadha Ram and PPP leader and councillor-elect Wazir Ali Phulpoto. Following the recovery of relief goods and confiscation of the and subsequent media coverage of the raid, the PPP MPA from the area, Bhurhan Khan, spoke to the media persons and claimed that the relief goods were gifted to him and his elder brother MPA Sardar Khan Chandio by their friends in the royal families of UAE.

He said the royal family members who often visited their area on hunting excursions gifted them the relief items to be distributed among five thousand affected families of the district. MPA Chandio claimed that the relief items were sent by the total family members on their request after floods caused massive damage in their areas. He said that both brothers (MPAs) would appear in the court and would request the judges to quash the FIR and order the release of the arrested persons. 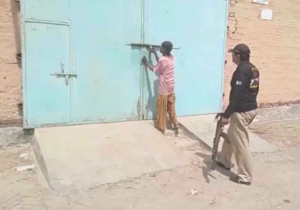 Independent sources rejected the claims of Bhurhan Khan Chandio and alleged that both the brothers, instead of providing the relief goods to the flood-affected people, had kept the goods, including tents, ration bags and power generators, in the rice husking mill, which is also owned by their close associates.

Separately, the Sindh Health Department on Thursday raided a warehouse in Karachi’s Hawkesbay area and confiscated 48 million “hoarded” Panadol tablets, according to officials. Provincial Drug Inspector Dilawar Ali Jiskani said that the warehouse was owned by GlaxoSmithKline Consumer Healthcare Ltd. “The seized medicines were being hoarded to be sold at higher rates in the market,” he alleged, adding that the price of the tablets was estimated to be Rs250 million.

Jiskani added that the police have initiated a probe into the incident. The development was also confirmed by Karachi Administrator Murtaza Wahab who, in a tweet, said that Panadol tablets were being hoarded at a time when the medicine was important for treating patients. “Good assertiveness showed by the administration. Legal action is being further taken,” he tweeted. Panadol tablet is manufactured by GlaxoSmithKline and is the brand name of the Paracetamol drug. It’s an antipyretic drug that’s frequently used for fever and pain. Demand for the tablet has been high, particularly in the wake of the flooding and rising cases of dengue fever.

However, in a statement later in the day, GlaxoSmithKline confirmed that a raid was conducted at one of its warehouses but refuted claims of hoarding Panadol tablets. “We firmly reject the claims related to hoarding Panadol intentionally to create shortage,” it said, clarifying that the stocks at the warehouse were intended to be released and distributed in the country in the “normal course of business”.

The statement said that the company was led with the purpose of delivering everyday health to humanity. “This has been shown through our commitment to the people of Pakistan throughout challenging times.” “We continue to supply Panadol products in the country and have adjusted our production capacity to ensure some product availability, despite market obstacles,” it added. In a press conference earlier this week, Federal Minister for National Health Services (NHS) Abdul Qadir Patel accused pharmaceutical companies of creating an artificial shortage of medicines, especially Paracetamol, and warned them none of their “blackmail” tactics would work on him. 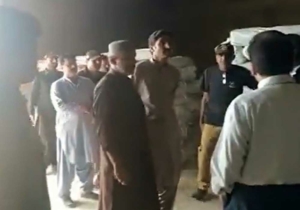