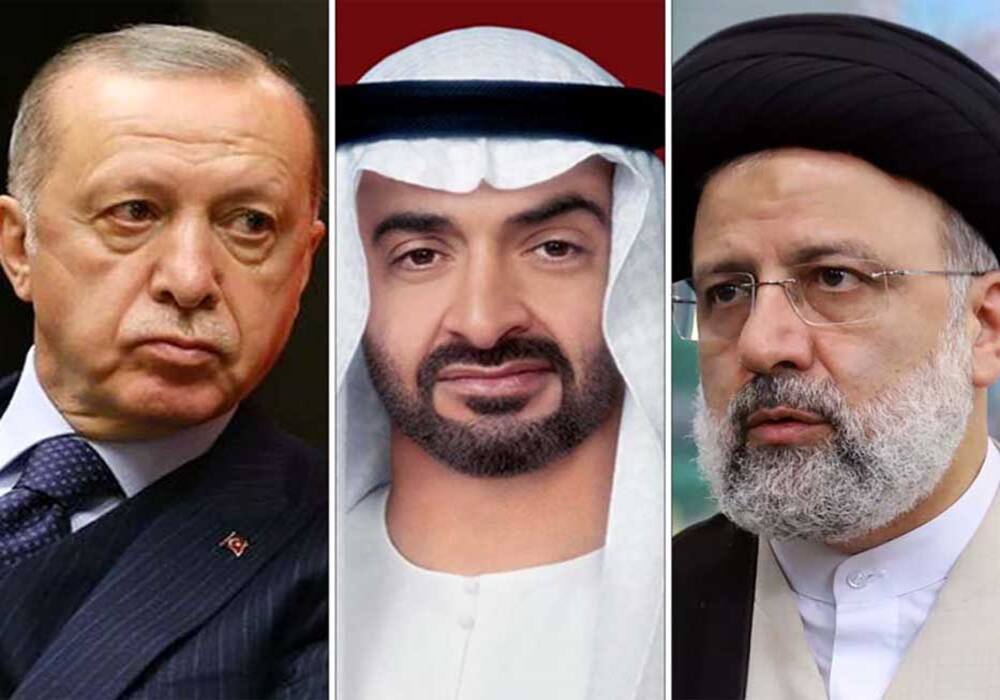 As floods triggered by historic monsoon rains wreaked havoc across the country, Muslim countries on Saturday stepped up efforts for the provision of humanitarian aid.

According to UAE’s WAM news agency, President Sheikh Mohamed bin Zayed Al Nahyan has ordered the provision of urgent relief aid to Pakistan, which is witnessing torrential rains and floods that have resulted in deaths, injuries and displacements.

“President His Highness Sheikh Mohamed also ordered the provision of all humanitarian relief services to the displaced to enhance their ability to overcome the challenges they are facing,” it added.

The UAE relief aid includes some 3,000 tonnes of food supplies, as well as tonnes of medical and pharmaceutical supplies, in addition to tents and shelter materials.

The UAE relief teams will also provide all kinds of humanitarian support to Pakistani cadres and institutions concerned with efforts to secure the safety of the affected and their food, medical and logistical needs, the statement said.

In a telephonic conversation with Prime Minister Shehbaz Sharif, the president of the UAE conveyed his heartfelt condolences over the loss of precious lives due to torrential rains and flash floods in different parts of Pakistan.

“His Highness expressed firm solidarity with the people of Pakistan in this difficult time and wished all the injured a speedy recovery,” said a statement.

The UAE president offered all possible assistance to Pakistan to tackle this natural calamity. In this context, he apprised the prime minister that the UAE would be immediately dispatching food supplies as well as medical and pharmaceutical supplies, in addition to tents and shelter materials.

The prime minister briefed the UAE president on the nationwide devastation caused by the unprecedented monsoon rains in the country.

The prime minister also acknowledged the ongoing relief work of the UAE Red Crescent and the Khalifa Bin Zayed Foundation in the flood-affected areas.

PM Shehbaz thanked the president for UAE’s timely assistance to support the government’s efforts in rescue and relief efforts.

PM Shehbaz received a telephone call from President of Iran Syed Ebrahim Raisi. The premier thanked President Raisi for his sympathy on the flood situation, stressing that Pakistan had been enduring severe monsoon weather since mid-June 2022, with many areas receiving four to five times and even more.

“This had caused widespread flooding and landslides, with extreme repercussions for human lives, livelihoods, livestock, property and infrastructure,” he said.

Shehbaz underlined that the humanitarian situation was being compounded by a drastic impact on infrastructure including roads and bridges, which was impeding both the passage of people to safer locations and the delivery of aid.

Highlighting the government’s efforts in this regard, the prime minister shared that Pakistan had prepared a “UN Flash Appeal” which would be launched on Tuesday.

He expressed the hope that the international community would contribute to meeting the funding requirements of the flash appeal.

President Raisi conveyed solidarity with Pakistan and assured his country’s all-out support in relief assistance in all areas.

PM Shehbaz also received a telephone call from President of Turkiye Recep Tayyip Erdogan. The PM briefed the Turkish president on the latest situation of floods in Pakistan and the government’s efforts to provide relief on an emergency basis.

The prime minister highlighted that Pakistan had been enduring unprecedented monsoon weather since mid-June 2022, with record rainfall.

Meanwhile, the United Kingdom has announced that it will provide up to £1.5 million for relief efforts.

“The UK is providing urgent support to Pakistan after flooding in the south of the country killed at least 900 people. Extreme monsoon rainfall has affected millions, with at least 700,000 homes destroyed,” the UK government said in a statement on Saturday.

Separately, the Secretary-General of the Organization of the Islamic Cooperation (OIC) Hissein Brahim Taha expressed deep sorrow over the casualties, massive destruction of property and loss of life resulting from the floods in Pakistan.