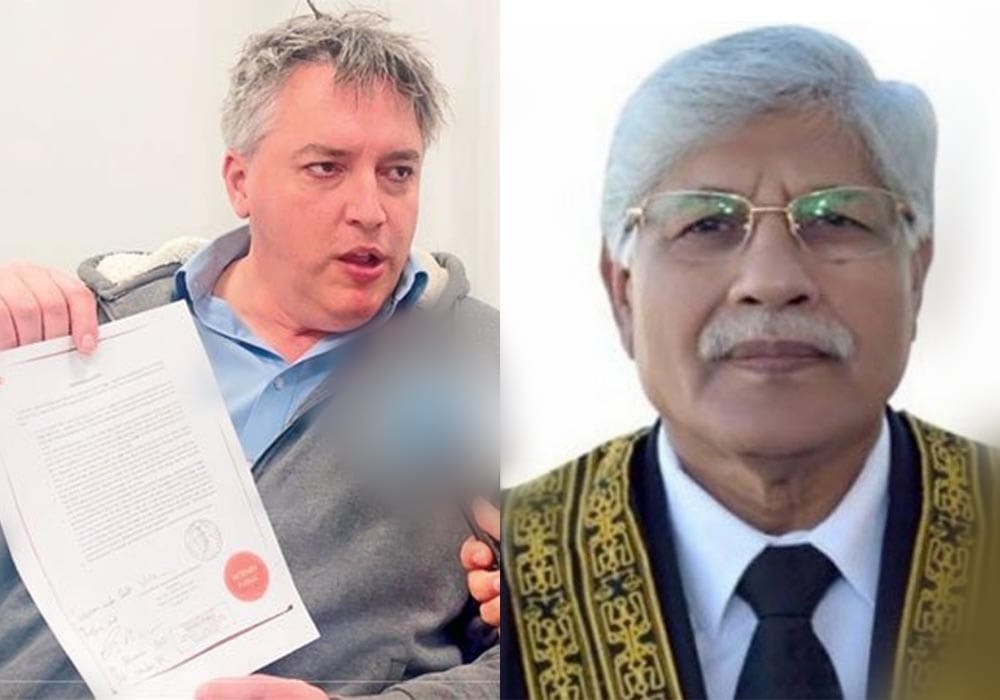 Charles Guthrie, the British oath commissioner who verified the affidavit of former Gilgit Baltistan chief judge Rana Shamim has said that he was ready to give testimony in Pakistani courts to corroborate that Shamim had signed the document, and in his senses and not under duress.

In an interview to a local newspaper, Guthrie said that the affidavit was valid and bore the stamp of his firm.

He added that he was willing to testify before courts in Pakistan that Rana Shamim signed the affidavit, and that he was sane and not under duress when he did so.

Guthrie also revealed that Rana attested that he wished to sign his affidavit, which bore the assertion that ex-chief justice Saqib Nisar issued directions to a judge to ensure that Pakistan Muslim League-Nawaz leaders Nawaz Sharif and Maryam Nawaz were not released on bail before the 2018 general elections.

Guthrie also revealed that Shamim had verified to Guthrie that he fully understood the statement he was making in his oath.

Regarding the affidavit, Guthrie opined that it was an accurate and valid document, adding that anything claimed on such a paper under an oath would qualify it to be an affidavit.

Guthrie stated that the person who produced the document also presented their personal identification documents, adding that as they were unaccompanied by anyone, it was made without duress.

Guthrie also confirmed that he was prepared to come on any legal platform to substantiate that Rana formulated and verified the aforementioned document.