Name project on which Imran laid groundwork that he could proudly claim, PML-N Supremo asks 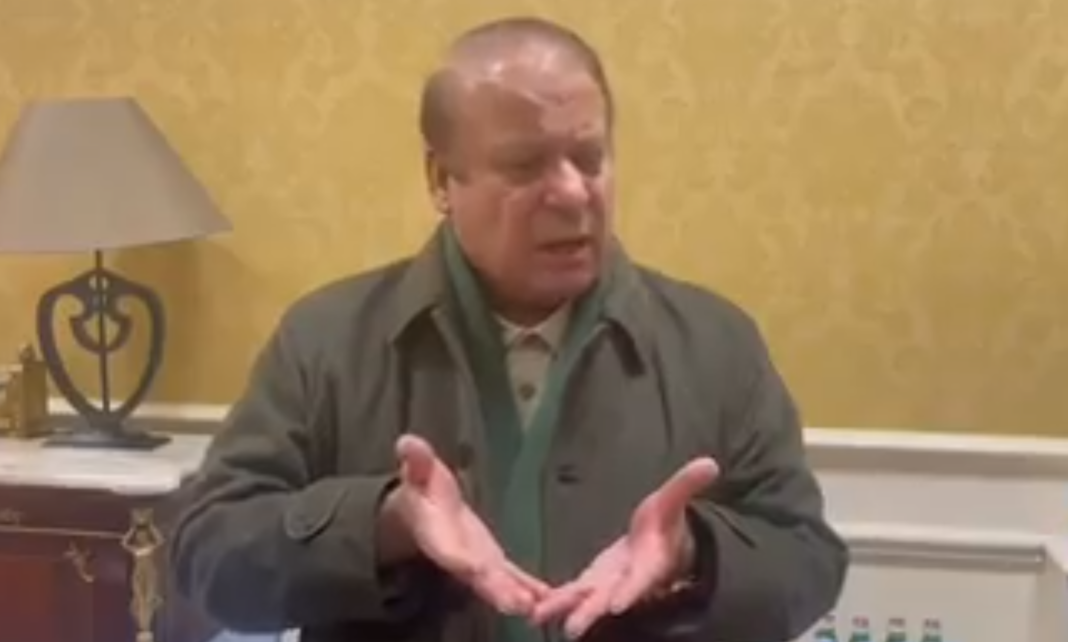 Nawaz Sharif has said that Daily Mail has expressed regret over the absence of proof against Shehbaz Sharif.

Speaking in London, the leader of Pakistan Muslim League-Nawaz (PML-N) claimed that Shahzad Akbar had falsely accused Shahbaz Sharif of money laundering, corruption, commission and kickbacks at Imran Khan’s behest. In response to this claim Daily Mail has apologized for the lack of evidence and the National Crime Agency (NCA) has cleared Shahbaz Sharif.

He said that neither PML-N nor PTI were in power in Britain which was a free democratic nation where the will of the people was supreme. He asked that if the newspaper had apologized what could be a stronger indication of someone’s innocence?

He criticized and said that after the Daily Mail’s apology Imran Khan, his party and Shahzad Akbar should hang their heads in shame since they have damaged the reputation of the nation abroad. He said that he was accused of hijacking and was disqualified for not receiving salary from his son, adding that charges were manufactured against them and they were deported.

According to the former prime minister, the ruling in favour of Maryam Nawaz was also based on a lack of evidence. He said that what Justice Shaukat Siddiqui and Judge Arshad Malik stated, audio leaks of Saqib Nisar himself and these other statements were proof of their innocence.

Additionally, the government provided proof of innocence which the Pakistani people should thoroughly comprehend. He questioned to name a project on which Imran Khan had laid the groundwork, any project that PTI Chairman could proudly claim.

He said that they had started the project and finished that. He further said that they worked on a metro in Khyber Pakhtunkhwa and it became a flawed and billions of dollars NAB case. According to him, Pakistan has reached a point where the poor could not even provide food for their children.

PML-N Supremo further said that in 2017 Pakistan was rapidly advancing toward greatness. He asked what the prices of food items were at that time and how affordable was electricity. He said that the electricity was being supplied uninterrupted and they were the ones who resolved the electricity shortage and expanded Pakistan’s economy. He said that if no one was still understanding then how to convey the services in every sector to the nation during PML-N time.