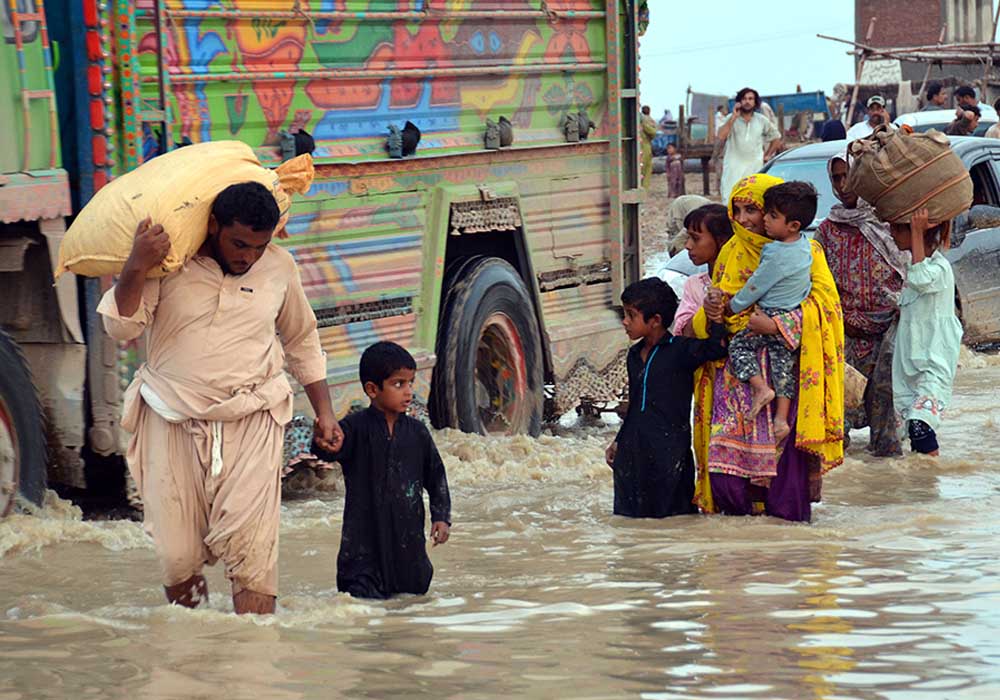 The British government will give Pakistan’s flood relief efforts an additional £10 million in life-saving humanitarian assistance.

On Friday, Lord Tariq Ahmad of Wimbledon announced the addition of humanitarian aid for Pakistan.

The UK recently sent a Royal Air Force flight to deliver 10 portable generators and eight boats for flood relief efforts along with the £26.5 million in humanitarian aid.

The additional funding will be used to meet immediate, life-saving requirements like those for shelter, water access, and waterborne illness prevention.

According to a statement released on Friday by the British High Commission in Islamabad, the initiative would concentrate on assisting those who are still displaced and those who are returning to their land by assisting in the re-establishment of community water supplies.

In his statement, the UK Minister of State for South Asia, Lord Tariq Ahmad said that the UK continued to help Pakistan recover from the recent devastating floods.

“Our support will help to tackle the spread of waterborne diseases and also to improve access to clean water, medical care, sanitation, and shelter across the country,” he stated.

Lord Ahmad will also meet with Shehbaz Sharif, Bilawal Bhutto, and other members of the government to discuss the flood effects, visit the worst-affected areas, and speak with important UK-funded assistance organizations operating in Sindh.