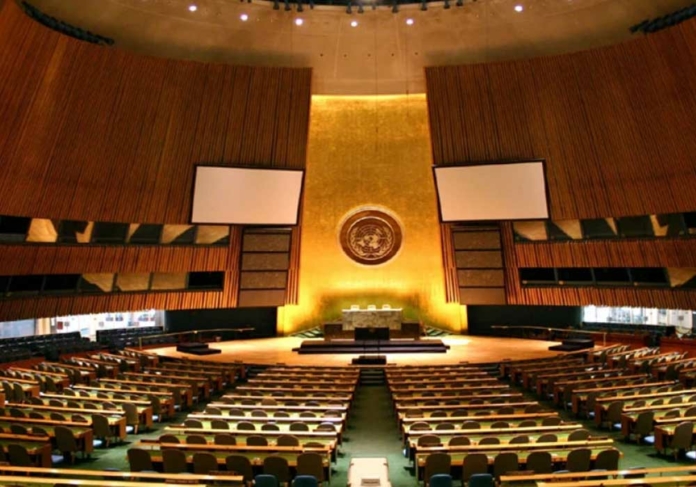 United Nations General Assembly has approved a Pakistani Resolution on the right of self-determination of people suffering from occupation.

The resolution talked about the right to self-determination for individuals who faced colonial, foreign, or alien occupation and referred to it as a crucial requirement for the respect of human rights.

Pakistan submitted a resolution along with 72 sponsored states, which was adopted without any vote by the assembly’s third committee.

The goal of the resolution, which Pakistan had been sponsored since 1981, is to draw attention to the populations still vying for their unalienable right to self-determination, such as those in Palestine and Kashmir.

When introducing the proposal Pakistan’s permanent envoy to the UN, Munir Akram noted that there are still instances where the right to self-determination is routinely denied to the public forcing them to fight for it to be realized.

Munir Akram also added that adopting the right of self-determination can be a ray of hope for people who are facing illegal foreign occupation like Kashmir and Palestine.