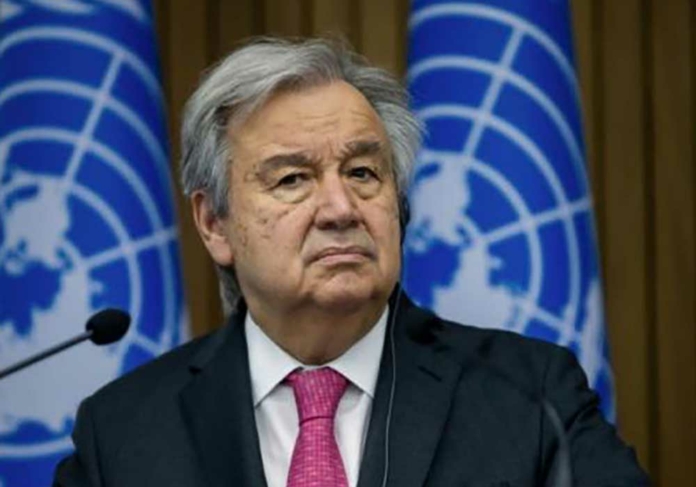 Since Modi came to power in 2014 in the Hindu-majority nation of 1.4 billion, campaigners say persecution and hate speech have accelerated against religious minorities, especially for India’s 200-million-strong Muslim minority.

This is particularly the case in Indian-administered Kashmir since the Modi government in 2019 imposed direct rule on the restive Muslim-majority region where it has half a million troops stationed, activists say.

Pressure has also grown towards government critics and journalists, particularly women reporters — some have suffered relentless campaigns of online abuse including death and rape threats.

“As an elected member of the Human Rights Council, India has a responsibility to shape global human rights, and to protect and promote the rights of all individuals, including members of minority communities,” Guterres said in a speech in Mumbai.

Though he praised India’s achievements 75 years after leaving British rule, Guterres also pointedly said that the understanding that “diversity is a richness… is not a guarantee”.

“It must be nurtured, strengthened and renewed everyday,” he said.

Citing independence hero Mahatma Gandhi and India’s first prime minister Jawaharlal Nehru — both of whom have become hate figures for some in Modi’s Bharatiya Janata Party — Guterres said their values need to be guarded by “condemning hate speech unequivocally”.

India must do this “by protecting the rights and freedoms of journalists, human rights activists, students and academics. And by ensuring the continued independence of India’s judiciary”, he said.

“India’s voice on the global stage can only gain in authority and credibility from a strong commitment to inclusivity and respect for human rights at home,” he said, adding that “much more needs to be done to advance gender equality and women’s rights”. “I urge Indians to be vigilant and to increase your investments in inclusive, pluralistic, diverse communities and societies,” Guterres said.

In February UN rights experts called for an end to “misogynistic and sectarian” online attacks against one particular Muslim woman journalist who was a fierce critic of Modi. Media rights group Reporters Without Borders (RSF) places India at a lowly 142 in its World Press Freedom Index, saying that under the premier, “pressure has increased on the media to toe the Hindu nationalist government’s line”.