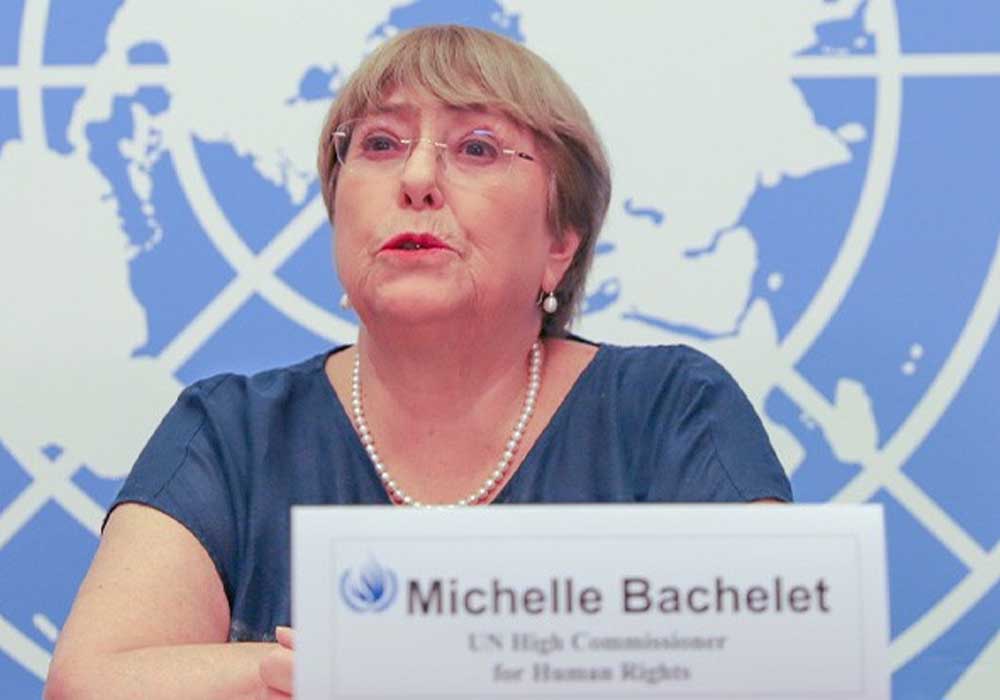 The United Nations released a report pertaining to serious human rights abuses in China’s Xinjiang region, with the report finding “credible evidence” of torture possibly equal to “crimes against humanity”.

On Wednesday, in the long-awaited report, a number of human rights abuses against Uyghurs and other Muslim minorities in the far western region were described.

Genocide, one of the main accusations made by the United States and other critics, was not included in the report.

According to the report, the amount of arbitrary and discriminatory arrests of Uyghur and other primarily Muslim community members may constitute international crimes, in particular crimes against humanity.

The report took about a year to complete, and China strongly opposed its publication.

It was released by Bachelet at 11:47 p.m. local time in Geneva, 13 minutes before her four-year tenure as the UN High Commissioner for Human Rights was set to expire at the end of August.

Bachelet in an email to AFP mentioned that ‘she said she would disclose it before her term finished, and she did’.

She also said that the politicization of these serious human rights issues by some states did not help.

For years, China has been charged with imprisoning more than a million Uyghurs and other Muslims in the area.

According to the UN report, in the backdrop of the government’s implementation of counterterrorism and counter-extremism measures, serious human rights breaches have occurred in the XUAR.

Beijing has strenuously denied the allegations, claiming that it operates vocational centers that try to reduce extremism.

The Chinese Embassy in Geneva criticized the report and reaffirmed its staunch opposition to its release.

The Chinese mission denied the findings in the report and stated that people of all ethnic groups in Xinjiang are living a happy life in peace and contentment.