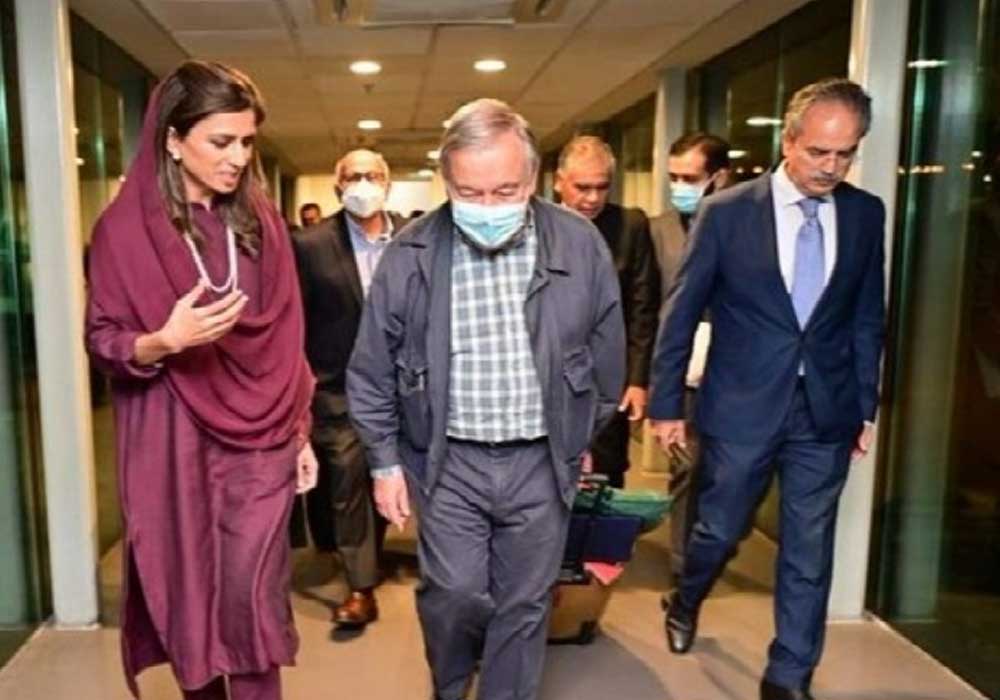 Minister of State for Foreign Affairs Hina Rabbani Khar welcomed him at the airport.

UNSG will seek support from the world for Pakistan which has been facing catastrophic floods. Guterres will also highlight the urgency to deal with the climate change crisis.

The secretary-general will meet with families displaced by floods and will also hold meetings with the Pakistani leadership.

He will visit the flood-affected areas, and will also appeal to the world to help Pakistan.

The UNSG had announced his solidarity trip for flood affectees. He had also launched a $160 million UN flash appeal for flood victims.

Guterres said in a tweet that he appeals to the international community to provide full support to Pakistan.

Iftikhar also stated that Guterres would raise awareness about the linkages of such mega-disasters with the impact of climate change.