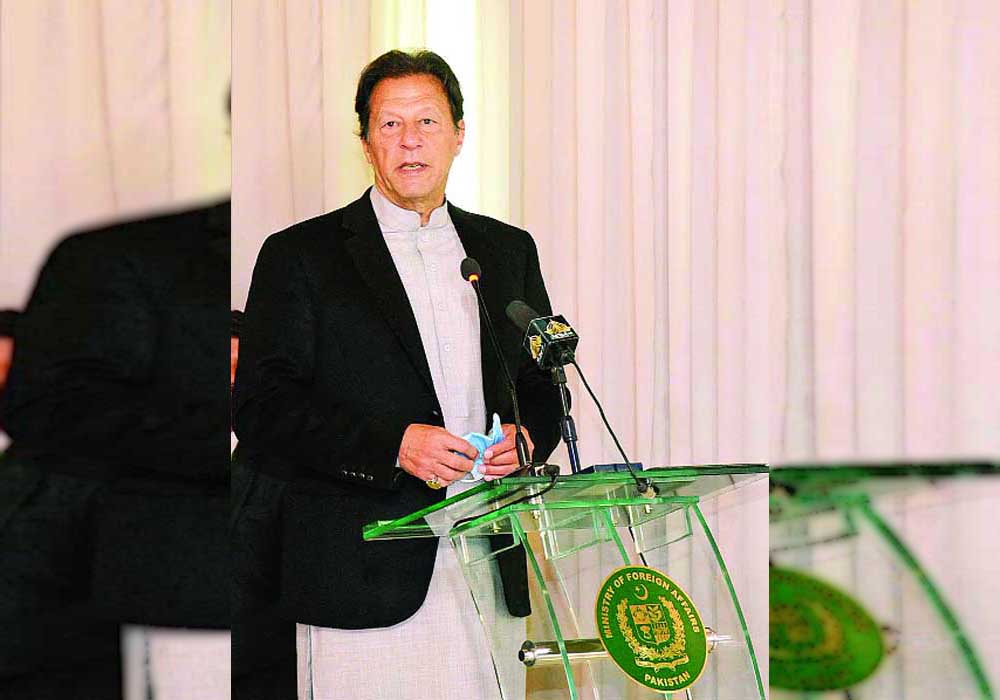 The Pakistan Tehreek-e-Insaf (PTI) on Saturday decided to hold a rally in Islamabad on the eve of Independence Day, which will “continue into August 14”.

The meeting mulled over the current political situation in the country. It discussed the legal aspects of contesting from nine constituencies simultaneously as announced by Imran Khan.

A briefing was given during the huddle on the progress of the petitions filed in the courts in various cases. Multiple suggestions for future political strategies were also considered during the meeting.

According to reports, the party has decided to hold a rally in Islamabad on August 13, which will continue into August 14 – the Independence Day of Pakistan.

On Friday, Imran decided to run himself alone for the by-elections on all nine seats that fell vacant after the National Assembly speaker accepted the resignations of PTI lawmakers.

The ousted premier made his decision public after the Election Commission of Pakistan (ECP) announced the by-polls in the constituencies, scheduled for September 25. The PTI chairman’s decision to contest the polls on all the vacant NA seats raised the stakes of the otherwise considered “dull by-elections”.

The PTI’s official social media handle and several party leaders shared the news on Twitter, hours after the ECP’s announcement.

Soon after the decision was made public, social media was flooded with comments. The tweets also came from those who the unity government would choose as its joint candidates for the nine seats.

Some others, however, wondered what would happen if Imran’s nomination papers were rejected on technical grounds, as that would give a clear edge to the government’s side.

In 2018, Imran made history after he emerged victorious on five NA seats. Imran had defeated political heavyweights including PML-N’s Saad Rafique in Lahore (NA-131) and former prime minister Shahid Khaqan Abbasi in Islamabad (NA-53). He had also won in Bannu (NA-35), NA-243 in Karachi, and his home constituency in Mianwali (NA-95).

Interior Minister Rana Sanaullah, talking to a private news channel, said the PTI would have permission to hold the rally. However, he said the rally’s announcement was a “political stunt” to divert attention from “their corruption”. “Whether they have a rally on the 13th or 14th, they should do it in Parade Ground … but the matter is that attention won’t be removed from their corruption that has been caught and investigation won’t stop,” Sanaullah said.

The interior minister was apparently referring to the Election Commission of Pakistan’s (ECP) decision in the prohibited funding case, in which it had ruled that the PTI had received foreign funds. The electoral body, in a unanimous verdict, ruled that the PTI did indeed receive prohibited funding and issued a notice to the party asking why the funds should not be confiscated.

On the other hand, Imran Khan held a meeting with his aides on Saturday to review the current political situation of the country. According to reports, discussions were held regarding the legal aspects of all applications and references currently registered under various courts.

Taking to his Twitter handle, former information minister Chaudhry Fawad said that the “imported government” was running away from elections, but the people would not let them run. “On August 13, the entire nation will gather at Parade Ground in support of Imran Khan to hear the future roadmap,” he wrote, urging the party supporters to gear up for the final level: “it is either election or revolution.”

It may be mentioned here that a three-member ECP bench headed by Chief Election Commissioner Sikandar (CEC) Sultan Raja had passed the judgment in a case filed by PTI founding member Akbar S Babar pending since November 14, 2014.

The PTI announced a protest against the ECP and subsequently, the Red Zone was partially sealed again to stop the party’s activists from coming out on the streets and protesting in front of the ECP.

Armoured personnel carrier (APC) vehicles were deployed at these spots as well. A platoon each, along with a team of 25 anti-riot unit (ARU) personnel, was seen patrolling the Srinagar Highway, Jinnah Avenue, Margalla Road and Constitution Avenue. Five platoons along with 100 personnel of ARU and 25 personnel equipped with tear gas shells were also put on standby at the Secretariat Police Station.