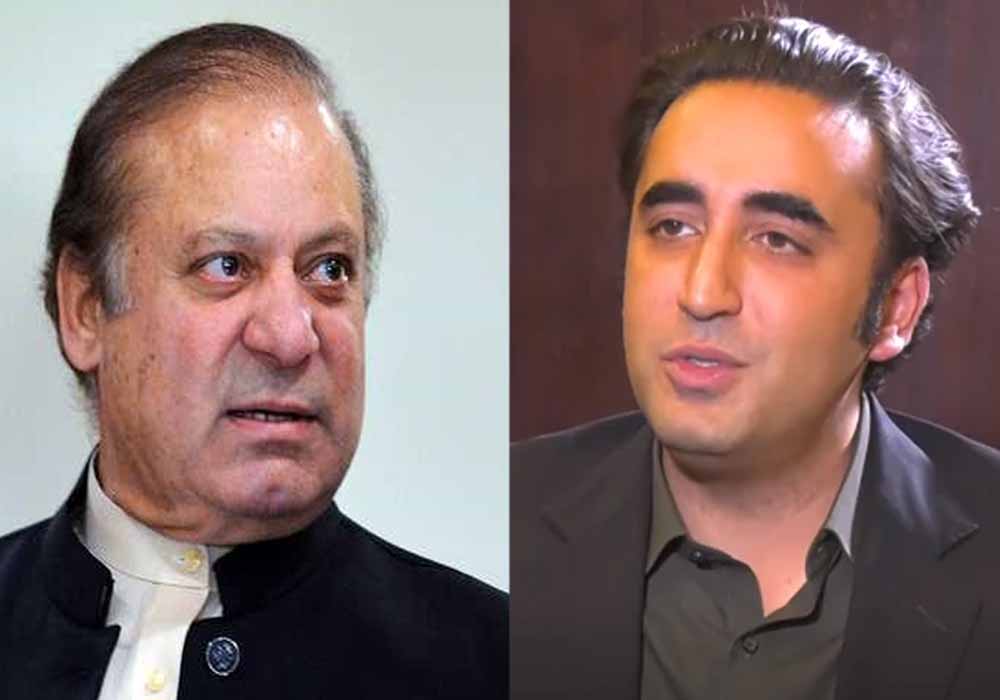 ISLAMABAD: On May 15, 2006, two former prime ministers Benazir Bhutto and Nawaz Sharif had signed the Charter of Democracy – an ambitious document – in London.

Sixteen years down the line, Pakistan Muslim League-Nawaz (PML-N) supremo Nawaz Sharif and Pakistan People’s Party (PPP) Chairman Bilawal Bhutto Zardari have met in London and not only vowed to complete the unfinished business of the Charter of Democracy but also gave a nod for high-level summitry to brainstorm the path ahead for a new charter – some naming it as “Charter of Prosperity”.

According to media reports, “The agenda included completing the unfinished business left on the Charter of Democracy as well as a discussion on the broad roadmap for the future with the consensus of all democratic forces.”

It was also agreed that high-level summitry is needed to brainstorm the path ahead for a new charter.”

London has long remained a centre of attention in Pakistan’s political circles and has once again come into focus after the ousted PM and PPP chairman met in the restive city years after Sharif and Bilawal’s mother, former PM Benazir Bhutto, had met and signed the Charter of Democracy.

In the meeting between Sharif and Bilawal, an official statement said, both leaders discussed the way forward after a constitutional victory for democracy, the rule of law and supremacy of parliament.

In back-to-back meetings between Sharif and Bilawal in London, sources said, both the political players have resolved that at a crucial crossroads in history, the imperative to work together to rebuild the country was seriously needed. They said the two leaders analyzed the political situation in Pakistan and vowed to work together on issues pertaining to politics and national interest.

“Immediate goals include repairing the rot across the board,” sources revealed, adding there was a strong realisation that the people of Pakistan have suffered greatly from disastrous economic mismanagement and unprecedented incompetence of the PTI government, all of which need to be addressed and repaired.

“Joint goals will focus on reversing in phases the drastic economic slide that Imran Khan has taken the country down on, the terrible blunders and self-serving trade-offs on foreign policy,” the official statement released by PPP’s media cell stated, adding healing the deep scars from the assaults made on the country’s democratic system was also among the objectives.

The Charter of Democracy was aimed at establishing the primacy of political parties in governance and had chalked out several constitutional amendments, a detailed code of conduct and demanded free and fair elections at a time when both Bhutto and Sharif were banned from entering Pakistan and participating in politics.

Separately, Adviser to the Prime Minister Prime Minister on Kashmir Affairs and Gilgit-Baltistan Qamar Zaman Kaira Saturday confirmed that the PPP chairman will take oath as foreign minister in a day or two.

In a conversation with journalists in London, Kaira said Bilawal has left for Pakistan – after he held two meetings with PML-N supremo Nawaz Sharif to exchange views on political matters.